ONE Championship recently named in its official website six of the fighters of the promotion who displayed outstanding courage in the cage. One of them is an Igorot fighter from Baguio City. 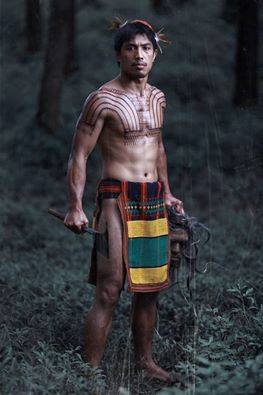 On July 11, 2014, Kelly defeated Australian fighter Rob “Ruthless” Lisita at “ONE FC 18: War of Dragons,” which was the main event of the first event of ONE in Chinese Taipei. The Igorot fighter won via rear-naked choke submission in Round 2.

Kelly’s win over Lisita made him the first ONE fighter to ever receive the $50,000 ONE Warrior Bonus. The Filipino fighter currently holds a record of 12 wins and 3 losses.

The ONE Women’s Atomweight World Championship title was first introduced on May 6, 2016 at “ONE Championship 42: Ascent to Power.” Defeating Mei Yamaguchi, Lee won the title via unanimous decision.

Aside from the title, Lee also won a $50,000 ONE Warrior Bonus. At the age of 19, she became the youngest MMA fighter to win a world champion title.

On Nov. 11, 2016, Filipino fighter Vaugn “The Spawn” Donayre dominated the majority of his fight against Khan at “ONE Championship: Defending Honor.” At one point, it seemed that Donayre was about the defeat Khan via kimura armlock.

However, it was Khan who ended the bout in Round 3 via rear-naked choke submission. The Singaporean fighter currently has 7 wins and 2 losses.

On Oct. 9, 2015, Bigdash earned his eight win as a professional MMA fighter and first ONE win when he defeated Igor Svirid from Kazakhstan at “ONE Championship 32: Tigers of Asia.” The ONE Middleweight World Champion title was transferred from Svirid to Bigdash.

Svirid started the fight with non-stop barrage of punches that knocked Bigdash down four times. However, the latter rose to his feet each time and ended the fight in Round 2 via technical knockout.

On May 26, Kadestam made his ONE debut at “ONE Championship: Dynasty of Heroes” by fighting Luis “Sapo” Santos. In the first two rounds of the fight, Santos battered Kadestam with his topnotch striking ability and knockout power but it was Kadestam who ended the fight via knockout in the final round.

Kadestam now holds a record of 9 wins and 3 losses. Currently based in the Philippines, the Swedish fighter is expected to be the next challenger of the reigning ONE Welterweight World Champion Ben Askren.

From 2014 to 2016, Sang won all of his ONE fights. On Jan. 14, he challenged Bigdash but failed dethrone the reigning ONE Middleweight World Champion.

The score cards were even after the first two rounds. In Round 3, Sang’s head was hit by Bigdash’s kick, making it appear that the fight would be over soon.

However, Sang managed to survive until the end without submitting or being knockout. Unfortunately for him, the judges’ unanimous decision was in favor of Bigdash.

On June 30, Sang will have the chance to avenge himself in his home country Myanmar against Bigdash. The two will have a rematch at the Thuwunna Indoor Stadium in Yangon, Myanmar, at “ONE Championship 56: Light of a Nation.”

(photo from Facebook/Eric ‘The Natural’ Kelly)