4 Filipino MMA fighters to compete at ‘ONE: Quest for Greatness’ in Malaysia

There are four MMA fighters from the Philippines in the “ONE Championship: Quest for Greatness” fight card. Two of them are from the famed Team Lakay of Baguio City.

Hailing from Iloilo, Catalan is set to fight Chinese grappler Bu Huo You Ga, 25, in the strawweight division. The Filipino fighter currently has 2 wins and 2 losses while his upcoming opponent has 4 wins and 2 losses.

Months after defeating Toni Tauru at “ONE Championship: Kings of Destiny” on April 21, Belingon is returning to the cage to face his Australian-Filipino opponent Reece McLaren, 25, in the bantamweight division. Belingon holds a record of 15 wins and losses while McLaren’s record is 9 wins and 4 losses.

Belingon is one of the senior fighters of Team Lakay. Both he and McLaren once tried to get the ONE Championship bantamweight world champion title from Bibiano Fernandes but failed. 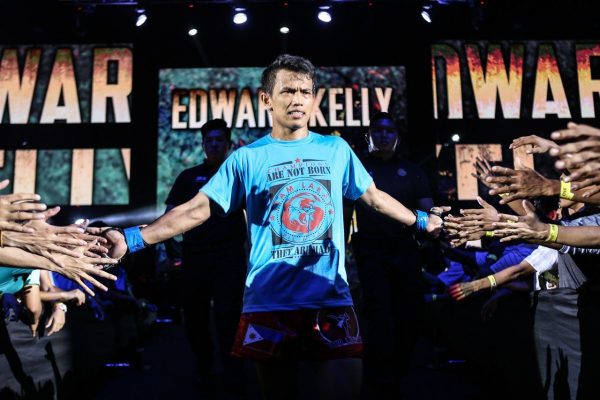 Like Belingon, Kelly is also a top Team Lakay fighter. Kelly is set to fight Emilio “The Honey Badger” Urrutia, 30, in the featherweight division.

Both Kelly and Urrutia currently have 9 wins but the former has 3 losses while the latter has 4 losses. Kelly has fought seven ONE Championship bouts while Urrutia is set to make his debut in the promotion.

The only three ONE Championship fighters who defeated Kelly are Herbert Burns, 29, Ev “E.T.” Ting, 28, and Martin “The Situ-Asian” Nguyen, 28. Both Nguyen and Ting are in the “ONE Championship: Quest for Greatness” fight card, as well.

Nguyen will challenge ONE Championship featherweight world champion Marat Gafurov, 32, while Ting will battle it out with Nobutatsu Suzuki, 39, in the lightweight division. “ONE Championship: Quest for Greatness” will take place on Aug. 18, Friday, at Stadium Negara in Kuala Lumpur, Malaysia.