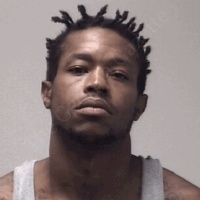 ONE FC fighter Ev Ting: Rematch with Eduard Folayang is the only fight that makes sense to me

The match between Eduard “Landslide” Folayang and Ev “E.T.” Ting on April 21 at SM Mall of Asia Arena in Pasay City, Metro Manila, is still the Philippines’ most watched MMA event in history. This is why fans are expecting a rematch between the two ONE Championship fighters.

Ting failed to steal the ONE Championship lightweight world champion title from Folayang in the main event of “ONE Championship: Kings of Destiny.” But on Aug. 18, Ting redeemed himself by defeating Nobutatsu Suzuki at “ONE Championship: Quest for Greatness” at Stadium Negara in Kuala Lumpur, Malaysia.

After beating Suzuki, Ting called out Folayang. Amid the cheer of the “ONE Championship: Quest for Greatness” crowd, Ting said, “I believe I’m a complete athlete.”

“Eduard Folayang, I know you watched this,” Ting added. “I’m coming back for that title.”

In an exclusive interview at the Team Lakay gym in La Trinidad, Benguet, on Aug. 26, Team Lakay head coach Mark Sangiao said that fans can expect Folayang to defend his title before 2018. Fans are divided when it comes to the rematch between Folayang and Ting.

Some simply want to see Folayang and Ting fight again as soon as possible while others want Ting to defeat another fighter first before having a rematch with Folayang. In a statement exclusively obtained by Conan Daily, Ting said, “(a rematch with) Eduard Folayang is the only fight that makes sense to me but I have never turned down a fight.”

Currently, Ting holds a record of 14 wins and 4 losses. The fighters who defeated him aside from Folayang are Mark “Mugen” Striegl, Yeong Gwang Choi and Marat Gafurov.

On the other hand, Folayang currently has 18 wins and 5 losses. The five fighters he lost to are Jon Tuck, Ole Laursen, Lowen Tynanes, Kamal Shalorus and Timofey Nastyukhin.

Meanwhile, here is a clip featuring Folayang during the Team Lakay Media Day earlier this year: