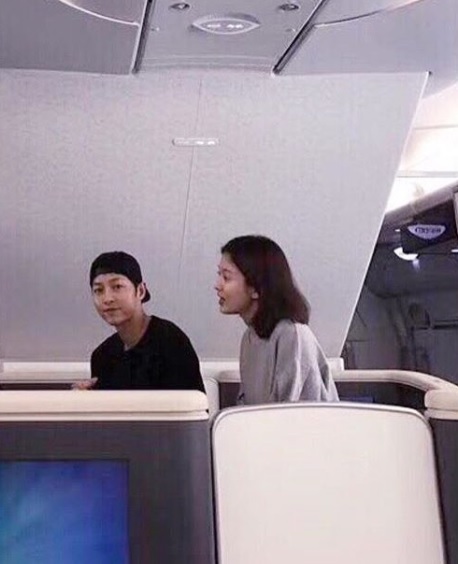 “Descendants of the Sun” alums Song Joong Ki and Song Hye Kyo will have their honeymoon in Europe after their wedding ceremony in Seoul, South Korea. The wedding will take place in The Shilla Hotel at 4 p.m. on Oct. 31, Tuesday.

There are still no details about Joong Ki and Hye Kyo’s honeymoon in Europe. Here are 10 celebrity honeymoon destinations in Europe that are likely to be included in their itinerary:

Kanye West and Kim Kardashian spent their honeymoon hiking in Laois County, Ireland, after getting married in Florence, Italy, in 2014. They stayed at Ballyfin, a five-star hotel located at the foot of the Slieve Bloom Mountains, Metro reported.

After getting married in Ojai, California, Jim Toth and Reese Witherspoon went to Europe for their honeymoon. They enjoyed a meal at a Michelin-star restaurant called La Caravella in Amalfi Coast, Italy, People reported.

This place has Renaissance-style gardens and outdoor pool that floats just offshore that make it an ideal place for a honeymoon. John Krasinski and Emily Blunt got married here and one of their wedding guests, George Clooney, owns a villa nearby.

Ideal for couples looking for a Mediterranean romance, Dubrovnik is one of the best honeymoon destinations in Europe. A highly recommended place for couples here is Hotel Villa Dubrovnik.

Lisbon has a long list of Michelin-starred restaurants and romantic pools and rooms with views. The must-visit areas here include Cais do Sodre and Rossio railway stations, the National Pantheon and St. George’s Castle.

As one of the most romantic cities in the world, Budapest has many must-visit spots for lovers including Fisherman’s Bastion, Vajdahunyad Castle and City Park of Budapest. Adult film actress Amirah Adara was born in this city.

Couples who enjoy coastal views will love the views of the French Riviera, the Mediterranean coastline of the southeast corner of France and the state of Monaco. Aside from the royals, Ringo Starr is one of the famous Monaco residents.