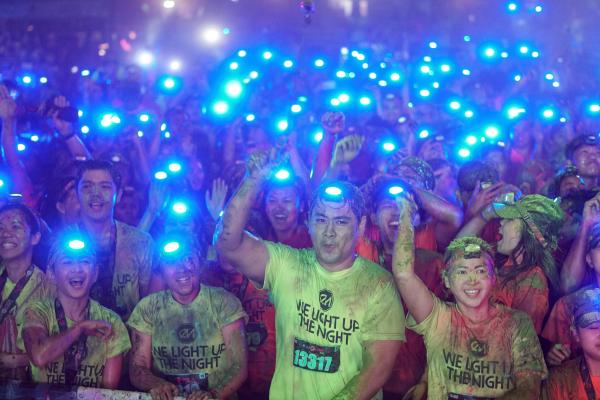 This was COLOR MANILA’s second event held this year at Tanay, Rizal, with the first one taking place early this year.

Runners had the option of choosing between 3K, 5K and 10K and had a blast enjoying the color festival, which took place at the end of the evening.

COLOR MANILA VP Justine Cordero says, “We are glad that we have a growing partnership with the municipality of Tanay.  Tanay also has a growing race community, and we at COLOR MANILA, intend to be back very soon.”