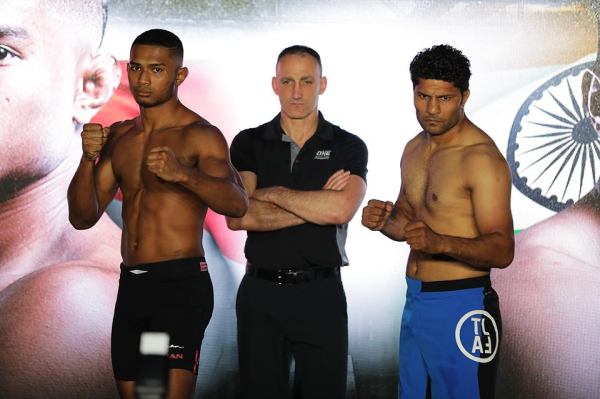 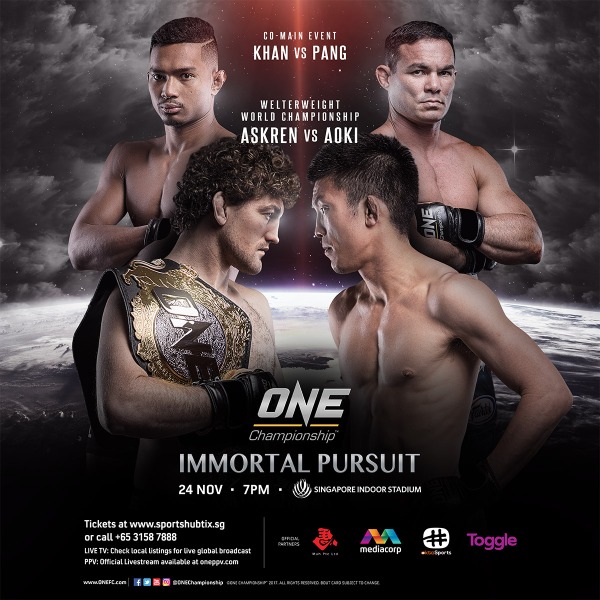 17 November 2017 – Singapore: The largest global sports media property in Asian history, ONE Championship™ (ONE), has just announced the full card for “ONE: Immortal Pursuit” set for Nov. 24, Saturday, at the Singapore Indoor Stadium. Fans will be treated to another exciting evening of authentic martial arts action, as the best martial artists in the world take to the ONE Championship cage.

Amir Khan, 22, of and Adrian “The Hunter” Pang, 40, will co-headline “ONE: Immortal Pursuit.” The former is a top lightweight contender from Singapore with a stellar professional record of 8 wins and 2 losses while the latter is a martial arts veteran from Queensland, Australia, with a 22-10-2 professional record.

Khan is considered one of the most promising young talents to represent Singapore on the international stage of martial arts. He is currently riding a five-bout win streak, with all of his victories coming by way of scintillating finish, including one by submission and four by devastating knockout.

In Khan’s most recent outing, he needed less than one round to finish Jaroslav Jartim with a combination of punches and kicks. Next in line for Khan is an always-dangerous opponent.

Having decimated opponents with an incredible power and a no-frills approach to striking in nearly two decades as a professional, Pang is known for his astounding durability and overwhelming strength with the ability to walk through opponents with little to no resistance. Pang will need to muster all of his strength, however, when he takes on Khan in his next appearance inside the ONE Championship cage.

Ticket information for ONE: IMMORTAL PURSUIT is available at www.onefc.com.