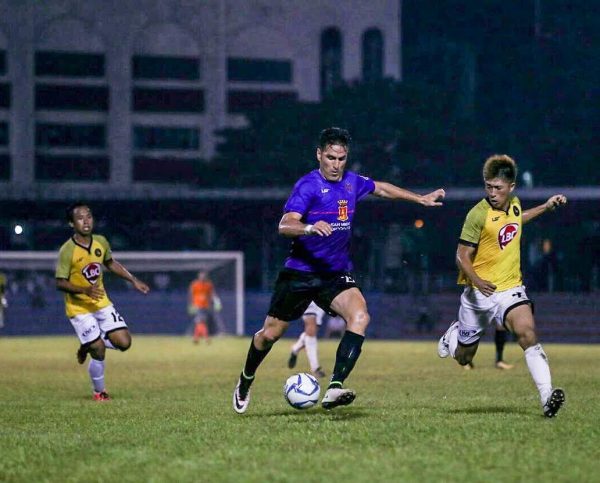 Davao Aguilas FC’s Angel Guirado got two goals for the team and was named Man of The Match.

19 NOVEMBER 2017 – MANILA: Away team Davao Aguilas FC stayed focused and on point on Saturday evening’s match against Kaya FC Makati, held in Makati City, as they went for a 1-3 win, in their favor.

Angel Guirado was the first one who went for the goal on the 26th minute, with a very good assist from Enzo Cheng.  An equalizer however took place on the 58th minute from Kaya FC Makati’s Alfred Osei. But Davao Aguilas went all out again and gained two more goals, courtesy of Australian Harrison Sawyer on the 65th minute, and Angel Guirado once more on the 74th minute.

Head Coach Marlon Maro says, “Happy and satisfied and I think it is because the players really wanted to win tonight.  The delivery and the process made us score a lot of goals tonight, and also the players responded well to each other.”

Angel Guirado, who was named Man of the Match says, “For me the team is more important because, the team worked good tonight.  I’m happy because I scored, but more importantly, the team has 3 points more and I’m also looking forward to our next season.  This boosts the confidence of the team.”