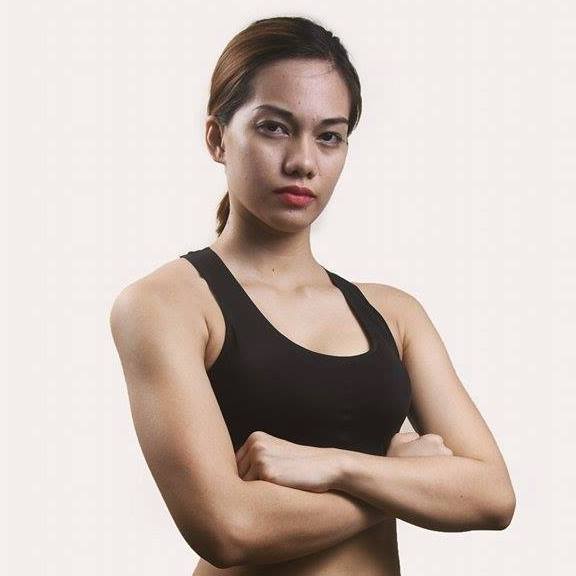 If Rome “The Rebel” Trinidad, 20, were in a room full of people, she would incontestably stand out because she is the epitome of a true Asian beauty. She is a certified eye candy that can grace on the cover of a top fashion magazine, sashay down the catwalk with the latest apparel, or endorse high-end beauty products in a television advertisement.

However, Trinidad is more than just a pretty face because deep within, she is an authentic martial artist. The Filipino model is a practitioner of Sikaran, an ancient martial arts discipline with no written history that originated from Rizal province in the Philippines and was passed on from generation to generation by succession.

“I started martial arts at a young age,” Trinidad revealed. “It was a challenge to me, especially in a discipline that was practiced by men. I felt so empowered as I progressed in Sikaran.”

But Sikaran was not enough to satisfy Trinidad growing hunger to learn. She wanted something more so she went on to hone her skills as a martial artist by incorporating different combat disciplines and eventually transitioning to the multi-faceted arena of mixed martial arts.

“It is my honor to be a part of one of the biggest mixed martial arts promotions in the world like ONE Championship,” Trinidad said. “Not everybody gets this chance. I will do my best for my family and also for my countrymen.”

Although Trinidad’s sights are set on pulling off a successful debut in ONE Championship, she is likewise standing up for women’s empowerment by breaking down gender barriers. She stressed that her maiden ONE Championship cage appearance should also serve as a springboard for women to understand they can truly do anything if they put their minds and hearts into it.

Known by the moniker “Rebel” due to her mental toughness and tenacious approach, Trinidad is set to make her promotional debut under the ONE Championship banner. On Dec. 9, she will duke it out with rising Thai superstar Rika “Tinydoll” Ishige in Bangkok, Thailand on the undercard of “ONE: Warriors of the World.”