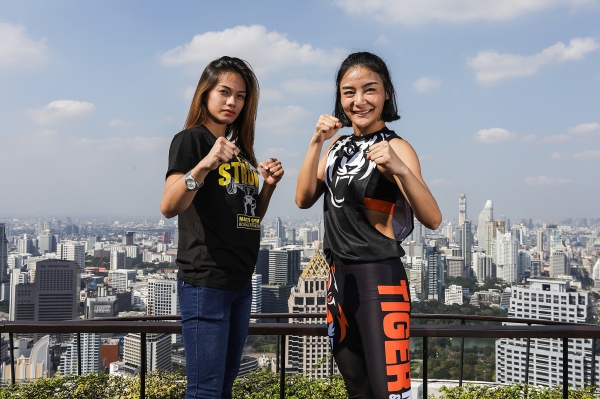 Rome “The Rebel” Trinidad, 20, of the Philippines is making her ONE Championship debut and professional MMA debut on Dec. 9, Saturday, at “ONE: Warriors of the World” at the Impact Arena in Bangkok, Thailand. She will face Thai-Japanese Rika “Tinydoll” Ishige, 28, of Thailand.

It was also at the Impact Arena where Ishige made her ONE Championship debut, which was also her professional MMA debut. On March 11, she defeated Aureylaura “Ice Comet” Boniface Raphael of Malaysia via technical knockout via punches at 4:32 of Round 1 at “ONE: Warrior Kingdom,” which was headlined by the reigning ONE Atomweight World Champion Angela “Unstoppable” Lee and Jenny Huang.

Ishige currently holds a record of 2 wins and 1 loss.  After defeating Raphael, the Thai-Japanese fighter returned to the ONE Championship cage on May 26 and submitted Nita Dea of Indonesia via rear-naked choke at 2:29 of Round 1 at the Singapore Indoor Stadium in Kallang, Singapore.

On Aug. 5, Ishige had her first MMA loss when Jomary Torres submitted her via rear-naked choke at 1:58 of Round 2. The match took place at “ONE: Kings and Conquerors” at the Cotai Arena in Macau, China.

On the other hand, Trinidad’s most recent fight took place on April 29 at White Reach in Puerto Galera, Oriental Mindoro, Philippines. She defeated her fellow Filipino fighter Maan Havillagon in an amateur bout in the main card of “UGB 20: Rambulan sa Galera” via technical knockout via punches on the third round.

In an interview with the Philippine Daily Inquirer, Trinidad revealed that she has asked Torres for advice. Looking forward to replicating Torres’s win over Ishige, Trinidad said she wanted to take advantage of the striking skills of Filipino fighters, who she described as strong punchers.

Tagged as: ONE Championship, ONE: Warriors of the World, Philippines, Rika Ishige, Rome Trinidad, Thailand