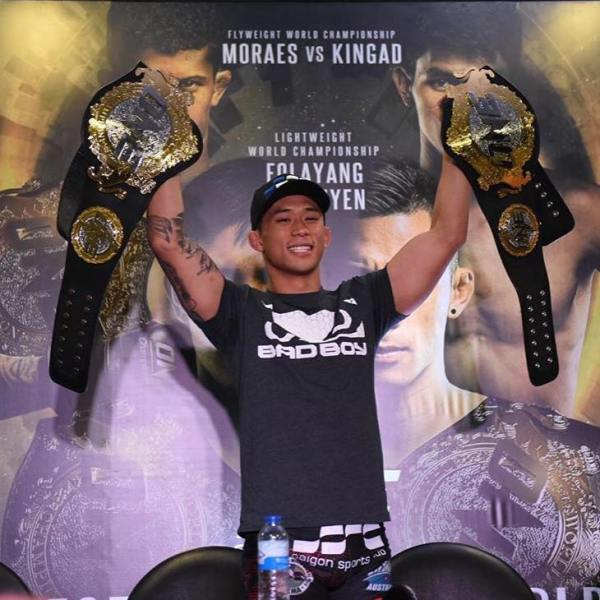 ONE Championship Featherweight and Lightweight World Champion Martin “The Situ-Asian” Nguyen, 28, was born and raised in Sydney, Australia. But he is deeply attached to his Vietnamese roots.

On Dec. 13, Wednesday, Nguyen took to Instagram to share a short clip of himself and his grandmother, who is 93 years old. He referred to the moment as the highlight of his short Vietnam trip.

In the short clip, Nguyen kisses his grandmother. It is followed by a short conversation between the two in Vietnamese language.

“We are forever thankful,” Nguyen captioned the video. He added that his grandmother is “always dressing elegant and having a laugh” and is the same person since they last meet 10years ago.

Before Nguyen was born, his parents fled from their home country Vietnam by way of Malaysia and Indonesia. The MMA fighter and his wife Brooke Nguyen have three children named Kai Nguyen, Tiana Nguyen and Madison Nguyen.

Martin made a successful professional MMA debut on July 28, 2018 by submitting Richard Kemp-Hay via rear-naked choke in the third round. It was followed by three more wins by Martin over Thomas Ruderman, Luke Standing and the late Rocky Batolbatol from 2012 to 2014.

On Sept. 27, 2015, Martin had his first loss when Marat Gafurov submitted him via rear-naked choke making the latter the ONE Featherweight World Champion. Their rematch took place on Aug. 18. giving Martin a redemptive win.

During the rematch, Martin knocked out Gafurov in the second round making him the new ONE Featherweight World Champion. Three months later, the Vietnamese-Australian fighter made history by dethroning former ONE Lightweight World Champion Eduard “Landslide” Folayang.

On March 24, Martin is set to earn his third belt by challenging ONE Bantamweight World Champion Bibiano Fernandes. Here is a short video of the two-title ONE champion with his wife and their three children: