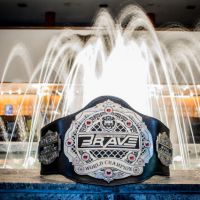 PHOTOS: Daichi Takenaka vs Dae Hwan Kim at ‘ONE: Quest for Gold’ 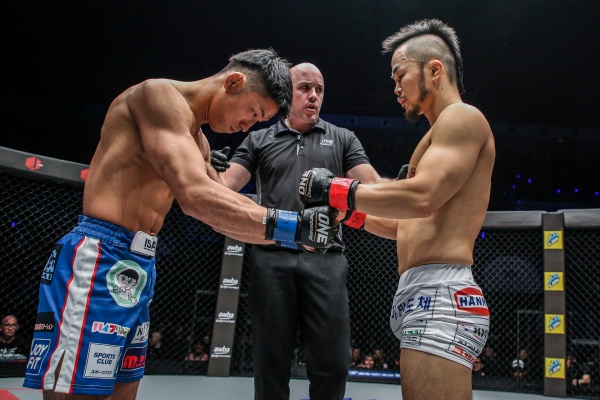 23 February 2018 – Yangon, Myanmar: The largest global sports media property in Asian history, ONE Championship™ (ONE), had another memorable and historic evening in Yangon as the capacity crowd at the Thuwunna Indoor Stadium witnessed an amazing display of heart-pounding martial arts action. “ONE: Quest for Gold” featured a series of compelling bouts, punctuated by an unforgettable championship clash that left fans on the edge of their seats.

In the third bout in the main card, Daichi Takenaka, 28, of Japan and Dae Hwan Kim, 31, of South Korea battled it out in the bantamweight division. The highly-anticipated contest between the two ended in a disqualification.

After Takenaka took Kim’s back in a standing body triangle, securing a rear naked choke, Kim reacted by spiking Takenaka on his head, which is a prohibited maneuver. The match resulted in a victory for Takenaka, who wins by his opponent’s disqualification.

It was a successful comeback for Takenaka, who went on hiatus for more than a year. He also kept his undefeated record with 11 wins, 0 loss and 1 draw.

Here are the official “ONE: Quest for Gold” results:

Tagged as: Dae Hwan Kim, Daichi Takenaka, ONE Championship, ONE: Quest for Gold