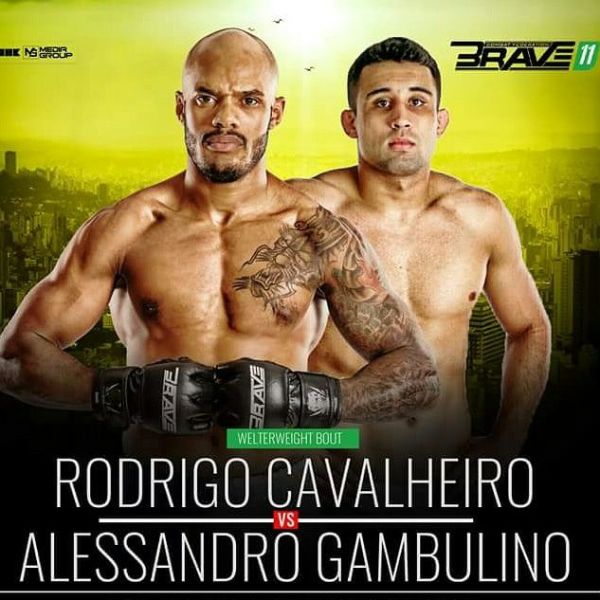 The 11th event of Brave Combat Federation will take place at the Mineirao Stadium Terrace in Belo Horizonte, Brazil on April 13, 2018. This is the third event of the Bahrain-based mixed martial arts promotion to take place in Brazil.

Alessandro Gambulino and Rodrigo Cavalheiro are among the Brazilian fighters in the “Brave 11” fight card. They will face each other in the welterweight division.

Hailing from Rio de Janeiro, Gambulino currently holds a record of 8 wins and 1 loss. The only fighter he failed to defeat was Kevin Medinilla.

On March 15, 2014, Cavalheiro lost to Gambulino via unanimous decision at “XFCI- XFC International 2.” Prior to this, Gambulino was an undefeated fighter with 4 wins having defeated Lincoln Amorim, Edgar Santos, William da Silva and Washington Ferreira.

After losing to Medinilla, Gambulino went on to enjoy a four-fight winning streak. In Gambulino’s most recent fights, he defeated Rodrigo Martins, Eliseu Matsuura, Thiago Quirino and Delmar Silva.

Both Gambulino and Cavalheiro are making their Brave CF debut at “Brave 11.” The latter currently holds a record of 20 wins and 7 losses.

On March 21, 2014, Cavalheiro fought inside the Bellator MMA cage and lost to Marcin Held via toe hold submission at “Bellator 113.”  The latter is now an Ultimate Fighting Championship (UFC) fighter.

Former UFC prospect Lucas “Mineiro” Martins, 29, will compete against 2016 Brazilian Fighter of the Year Luan “”Miau” Santiago, 23, for the Interim Championship title in the main event of “Brave 11.” Watch the teaser here: