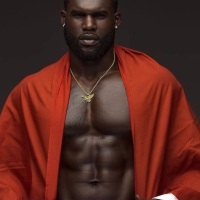 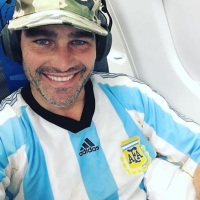 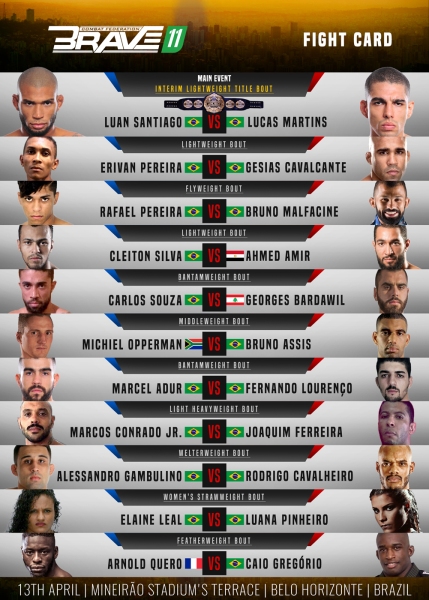 The 11th event of Brave Combat Federation will take place at the Mineirao Stadium Terrace in Belo Horizonte, Brazil on April 13, 2018. This is the third event of the Bahrain-based mixed martial arts promotion to take place in Brazil.

Arnold “Silverback” Quero is the only fighter from France in the “Brave 11” fight card. He and his Brazilian opponent Caio Gregorio will compete in the featherweight division.

The last time Quero fought in the cage was on May 12, 2017. He lost via technical knockout via leg kicks at “Shooto- Professional Shooto 5/12” to his Japanese opponent Ryogo Takahashi.

Before losing to Takahashi, Quero competed at “CWFC 81: Cage Warriors Fighting Championship 81.” The fighter who hails from Paris won via split decision.

Currently, Quero has 14 wins, 6 losses and 1 No Contest. On the other hand, Gregorio has 5 wins and 2 losses.

Like Quero, Gregorio lost in his most recent bout. The last time the Brazilian fighter competed in the cage was on September 30, 2017 when he lost via unanimous decision to Felipe Dias Colares at “JF- Jungle Fight 92.”

“Brave 11” will be headlined by 2016 Brazilian Fighter of the Year Luan “”Miau” Santiago, 23, will face former Ultimate Fighting Championship (UFC) prospect Lucas “Mineiro” Martins, 29, who will compete for the Interim Championship title. Watch the teaser here: