ONE Super Series: Singtongnoi Por Telakun vs Joseph Lasiri at ‘ONE: Unstoppable Dreams’ 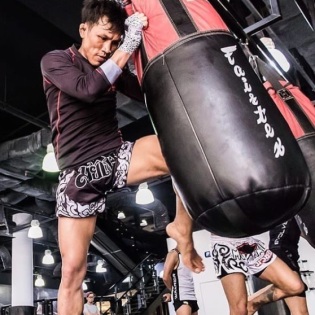 11 April 2018 – Singapore: The largest global sports media property in Asian history, ONE Championship™ (ONE), has just announced the complete card for “ONE: Unstoppable Dreams” set for May 18, 2018 at the Singapore Indoor Stadium. The absolute best in local and international martial arts talent are ready to showcase their incredible skills on the largest global platform of martial arts competition.

One of the bouts on the ONE Super Series card is between Singtongnoi Por Telakun of Thailand and Joseph Lasiri, 256, of Milan, Italy. They will compete in a Muay Thai bout in the 61.2 kg category.

At “ONE: Unstoppable Dreams,” Telakun will make his ONE Super Series debut opposite Lasiri. The Italian martial artist is a product of the flourishing Muay Thai scene in Milan, training under the tutelage of Diego Calzolari, the first Italian to ever win at the world-famous Rajadamnern Stadium in Bangkok, Thailand.

In January 2018, Lasiri made his first ONE Championship appearance against multi-division Lumpinee World Champion Sam-A Gaiyanghadao, 34, of Thailand in the first-ever Muay Thai bout inside the ONE Championship cage. In his next outing, Lasiri seeks to redeem himself as he takes on another Thai opponent.

“ONE: Unstoppable Dreams” will be headlined by reigning ONE Women’s Atomweight World Champion Angela “Unstoppable” Lee, 21, of Singapore and Mei “V.V” Yamaguchi, 35, of Japan. In the co-main events, two-division world champion Martin “The Situ-Asian” Nguyen, 29, will defend his featherweight title from Christian “The Warrior” Lee, 19, of Singapore while Gaiyanghadao will compete for the inaugural ONE Super Series Muay Thai Flyweight World Championship against Sergio “Little One” Wielzen, 30, of Suriname.

Meanwhile, here is a clip from the bout between Lasiri and Gaiyanghadao, which took place in the Philippines: