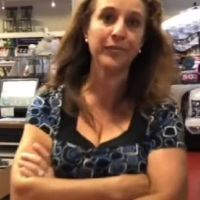 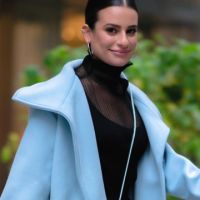 Representing Team Lakay from Baguio City, Philippines, Eduard “Landslide” Folayang, 34, is looking forward to redeeming himself at “ONE: Unstoppable Dream.” This is seven months after he lost his ONE Lightweight World Champion title to Martin “The Situ-Asian” Nguyen, 29, of Australia and Vietnam at “ONE” Legends of the World.”

“I am a firm believer that this game is mental, first and foremost,” Folayang stated. “After you get your mind right, then you can start to work on the physical aspect of it all. It does not matter how strong you are; if you are not in the right frame of mind, you cannot move forward.”

After a much-needed vacation, Folayang is eyeing a return to the ONE Championship lightweight throne. He declared, “I am more motivated than ever.”

“I am definitely looking forward to what 2018 is going to bring,” the Team Lakay fighter added. “I am laser-focused, and I am confident that I can get the world title back.”

“ONE: Unstoppable Dream” will mark Folayang’s first assignment since relinquishing the ONE Lightweight World Championship to Nguyen. The Filipino mixed martial arts superstar will face Kharun “The Predator” Atlangeriev, 25, an unbeaten Russian combatant with a perfect 11-0 record.

Atlangeriev is called The Predator due to his intense demeanor inside the cage. He has gone the distance just once in his prizefighting stint as ten of his 11 career wins have come by way of finish and now, he seeks to make an impact in his ONE Championship debut by defeating a former world titleholder

Underestimating Atlangeriev is the last thing in Folayang’s mind. The Filipino fighter said, “I won’t take any opponent for granted, especially not someone as talented as my opponent on May 18.”

“I still have much to do in the sport of mixed martial arts,” Folayang continued. “I’m going to kick off the next chapter of my career against one of the top prospects in this promotion.”

According to Folayang, he has his mind in the right place as the Team Lakay representative plots to run through the ranks once again in an effort to recapture the ONE Lightweight World Championship. He pointed out, “You win some, and you lose some.”

“It is part of being an athlete,” Folayang added. “Despite the losses, I remain as motivated and as determined as ever. One loss will not stop me from reaching for the stars and chasing my dreams.”

To get back to championship form, Folayang is working harder than ever and has guaranteed to his fans that a different version of himself is ready to emerge from the rubble. Here is a clip featuring the former ONE Lightweight World Champion: