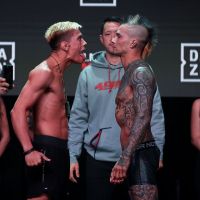 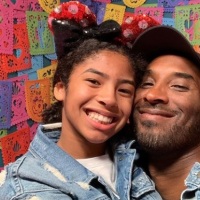 It has not been an easy run for Jeremy “The Jaguar” Miado, 25, of the Philippines as he received a lukewarm reception when he joined ONE Championship in 2017. After losing his first two matches in the promotion, the Filipino mixed martial artist was given a chance to turn his luck, sharing the cage with a celebrated Muay Thai legend.

On March 24, 2018, Miado took full advantage of the opportunity before him. In the co-main event of “ONE: Iron Will,” he managed to surprise everyone in attendance at the Impact Arena in Bangkok, Thailand by knocking out former ONE Strawweight World Champion Dejdamrong “Kru Rong” Sor Amnuaysirichoke, 39, of Thailand.

Although Miado expected to walk out victorious at “ONE: Iron Will,” he did not anticipate knocking out a Thai kickboxing icon like Amnuaysirichoke. The Filipino fighter revealed, “The game plan was to counter his aggressiveness and throw out combinations.”

“The plan was to defeat Dejdamrong, but the knockout was unexpected,” Miado continued. “I felt really shocked because I defeated my idol.”

Miado connected with a perfectly timed right hook, which sent Amnuaysirichoke crashing to the canvas at “ONE: Iron Will.” The referee quickly rushed forward to stop the contest before the Filipino contender was able to land any follow-up shots with the end coming at 1:29 of Round 1.

This made Miado the first person to finish Amnuaysirichoke in an MMA competition and now owns the second quickest knockout in ONE Championship’s strawweight history. Currently, Miado has 7 wins and 2 losses while Amnuaysirichoke has 8 wins and 4 losses.

On June 29, 2018, Miado is facing yet another Thai opponent. He will compete against Kritsada “Dream Man” Kongsrichai, 26, of Thailand at “ONE: Spirit of a Warrior” at the Thuwunna Indoor Stadium in Yangon, Myanmar.