Monsour del Rosario to Joaquin Montes’s parents: Your son is a failed representation of taekwondo 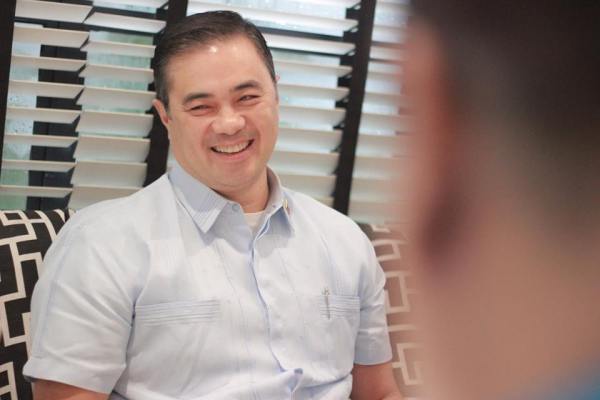 Many Filipinos had been eager to hear what Monsour del Rosario had to say about the controversial bullying videos involving his fellow taekwondo practitioner Joaquin Montes that spread like wildfire. The former took to Facebook to respond to the requests for a statement on December 21, 2018.

“Yes, none of us are perfect — we’ve all made our mistakes and should not judge people loosely,” del Rosario wrote. “But to the parents of the bully, let’s be very clear here, this is as firm a judgement as you will ever get from me: Your son is a FAILED representation of our beautiful sport.”

A junior high school student at the Ateneo de Manila University, Montes was shown on video physically and verbally attacking another student in the restroom of the school. The video went viral on December 20, 2018 and soon after, other videos of himself bullying other students.

The Ateneo de Manila University asked netizens to stop spreading the videos because it does not help solve the problem. The original videos uploaded had been reported and taken down but more and more netizens are reuploading the videos.

As a taekwondo practitioner, Montes has won in competitions representing the school. Also studying in the same school, his older brother Diego Montes is also a practitioner of the Korean martial art.

The Philippine Taekwondo Association has released a statement condemning the bullying incidents. Del Rosario is currently the secretary general of the association.

Del Rosario is also a council member of the Philippine Olympic National Sports Association Martial Arts. A member of the Partido Demokratiko Pilipino–Lakas ng Bayan, he is the incumbent representative of the first district of Makati.

Born in Manila and raised in Bacolod, del Rosario first learned martial arts under Moo Duk Kwan-Tang Soo Do practitioner Joe Lopez-Vito. In 1977, as a high school student in Manila, he started his taekwondo training under Hong Sung Chon.

In 1982, del Rosario joined  Philippine National Taekwondo Team. He earned a bronze medal during the 10th Asian Games in Seoul, South Korea in 1986 and a gold medal in the 14th Southeast Asian Games in Jakarta, Indonesia in 1987.

In 1988, del Rosario advanced in the quarterfinal round at the 21st Summer Olympics held in Seoul. In 1989, he won a gold medal at the SEA Games in Kuala Lumpur, Malaysia.

As an actor, del Rosario made his acting debut in the 1988 action comedy fantasy film “Enteng the Dragon.” His most recent film was the action drama thriller “The Trigonal: Fight for Justice,” which was released on September 26, 2018.

Here is an interview with del Rosario at the “The Trigonal: Fight for Justice” press conference: