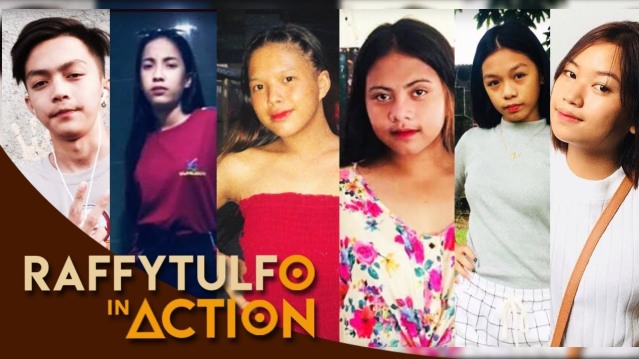 Winang Sultan, 14, Abby Calara and Honey Faye Catanghal are three of the teenagers involved in the bullying controversy currently discussed in the Philippines. They did not deny that they have a group called the Smoking Area Group.

It has been a national concern in the Philippines since August 19, 2019 when Prancela Malinao asked the help of Raffy Tulfo through his program “Wanted sa Radyo.” She was with her daughter Francesca Natalie Malinao, 13, the girl being attacked by Angelika Tumang, 15, in a viral video, which was taken in September 2018 at the Jenra Grand Mall in Angeles City, Pampanga, Philippines.

Apparently, Tumang would use the Facebook account of Gamboa to send messages to teenage girls pretending to be her boyfriend. She would set up a meeting with those who reply, who thought they were talking to Gamboa, and she would physically attack them.

Francesca was one of those who replied. Tumang asked her friend Jerrick Corpuz, 17, to record the attack using her cellphone.

According to Francesca, she was not the only victim and Tumang was not the only one bully. The victim said the bully belongs to a group of teenage rascals called the Smoking Area Group and the other members were Sultan, Calara and Catanghal.

On August 22, 2019, Tumang and Gamboa were brought to a City Social Welfare and Development shelter called Bahay Pag-asa (Home of Hope). Days later, Sultan, Calara and Catanghal were also under protective custody of the shelter.

On August 23, 2019, “Wanted sa Radyo” reporter Jill Nebrida went to the Angeles Police Station in Angeles City and interviewed Corpuz. According to him, Tumang told her that she wanted to attack Francesca and record it on video to scare the girls who wanted to catch Gamboa’s attention.

Tulfo declared that the Smoking Area Group case is almost solved. The only member that has yet to surrender is Ivy Cyrelle Bautista.