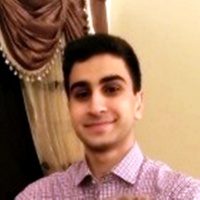 Ma Jia Wen vs Shinechagtga Zoltsetseg at ‘ONE: Age of Dragons’ at Cadillac Arena in Beijing, China 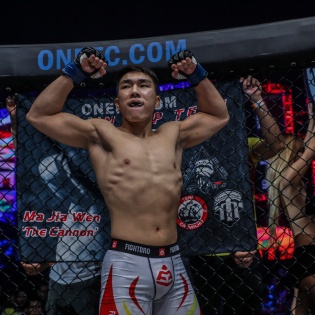 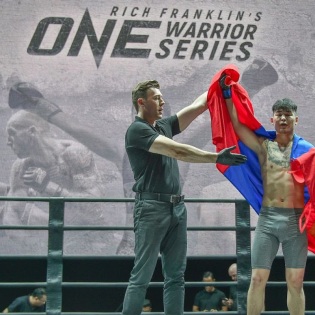 “ONE: Age of Dragons” is the next ONE Championship event to take place in China. Added to the card is a featherweight mixed martial arts between “Cannon” Ma Jia Wen, 22, of China and Shinechagtga Zoltsetseg of Mongolia.

ONE Championship will hold “ONE: Age of Dragons” at the Cadillac Arena in Beijing, China on November 16, 2019. Including the featherweight bout between Ma and Zoltsetseg, the combat sports event will feature 12 matches not only in mixed martial arts but also in ONE Championship’s striking-only league ONE Super Series with kickboxing and Muay Thai contests.

Ma is a National Freestyle Wrestling silver medalist who represents Tianjin Top Team. Zoltsetseg is a ONE Warrior Series contract winner who is training out of Zorky MMA.

In the main event of “ONE: Age of Dragons,” reigning ONE Flyweight Kickboxing World Champion Ilias Ennahachi of the Netherlands will defend his World Title against challenger “Metal Storm” Wang Wenfeng of China. In the co-main event, Tarik “The Tank” Khbabez of Morocco and Roman Kryklia of Ukraine will do battle for the inaugural ONE Light Heavyweight Kickboxing World Championship.

ONE Championship has also announced a partnership with Bloomage International. As the strategic partner, the latter will work closely with the Singapore-based martial arts organization in developing its brand across all platforms.

“ONE Championship remains dedicated to delivering Chinese martial arts fans the very best in sports entertainment,” ONE Championship group president Hua Fung Teh stated. “Showcasing our elite Chinese ONE Championship athletes and giving them the global platform to shine is our goal. I can’t wait for this amazing event this November.”