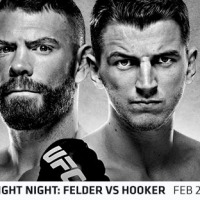 Elís Miele Coelho, 20, of Brazil was one of the finalists in Miss World 2019. She finished in the Top 5 in the 69th edition of the oldest running international beauty pageant in the world.

Hosted by Peter Andre and Miss World 2013 Megan Young of the Philippines, the Miss World 2019 coronation night took place at the ExCeL London in London, England on December 14, 2019 and was broadcast on E!, London Live and Univision. It featured performances by Andre, Lulu and the Misunderstood duo Stephan Benson and Jeffrey Okyere.

It was Toni-Ann Singh, 23, of Jamaica who was crowned Miss World 2019. She bested 110 other candidates from around the world.

Runner-up to Singh was Ophély Mézino, 20, of France while Suman Rao, 21, of India was second runner-up. Nyekachi Douglas, 20, of Nigeria also finished in the Top 5.

Prior to the coronation night, Miele made it to the Top 10 in the Top Model competition. She won in the first round of the Head-to-Head challenge but lost in the second round.

Born on December 30, 1998, Miele attended Colégio Técnico São Francisco Xavier in São Paolo, Brazil. She was only 13 years old when she was named a Girl Outdoor Ipatinga.

In 2013, Miele completed her professional modeling course and joined in Miss Ipatinga Teen. The Brazilian model finished in the Top 10.

In 2018, the Serra native was crowned Miss Ipatinga Official and Miss Minas Gerais Be Emotion. She finished in the Top 15 in Miss Brazil Be Emotion 2018.