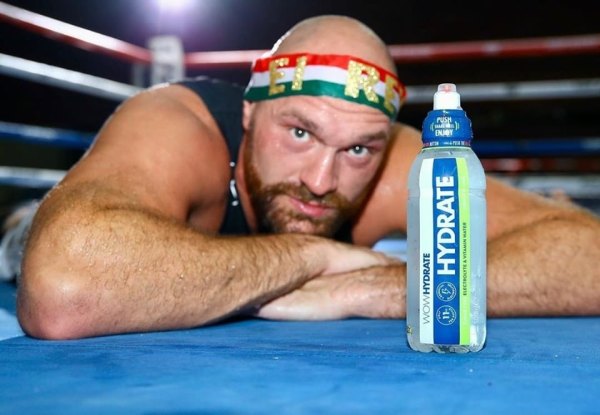 Tyson “Gypsy King” Fury, 31, of Cheshire, England, United Kingdom can keep his testosterone pumping all by himself. The undefeated boxer does it by being sexually active without having to sleep with someone else.

Currently, Fury is preparing for his rematch with Deontay “The Bronze Bomber” Wilder, 33, of Alabama, United States. In a recent interview, Manouk Akopyan asked the English boxer, “What are some other things you’re doing to prepare for the fight?”

Born in Wythenshawe, Manchester, England on August 12, 1988, Fury has been boxing professionally since 2008. He holds a professional boxing record of 29 wins, 0 loss and 1 draw.

Fury is coming out of a unanimous decision victory. On September 14, 2019, he defeated Otto Wallin, 28, of Sundsvall, Sweden after 12 three-minute rounds in the heavyweight division at the T-Mobile Arena on the Las Vegas Strip in Paradise, Nevada, USA.

“Deontay Wilder, I want you next, bum,” Fury said after his victory over Wallin. “Now, I’m going to go home and relax with the family.”

On December 1, 2018, Fury and Wilder competed for the World Boxing Council Heavyweight Championship title at the Staples Center in Los Angeles, California, USA, which ended in a split draw. Their rematch will take place at the MGM Grand Arena in Paradise on February 22, 2020.