Did Aaron David Robinson laugh at Vanessa Guillen’s sister at the Fort Hood military base? 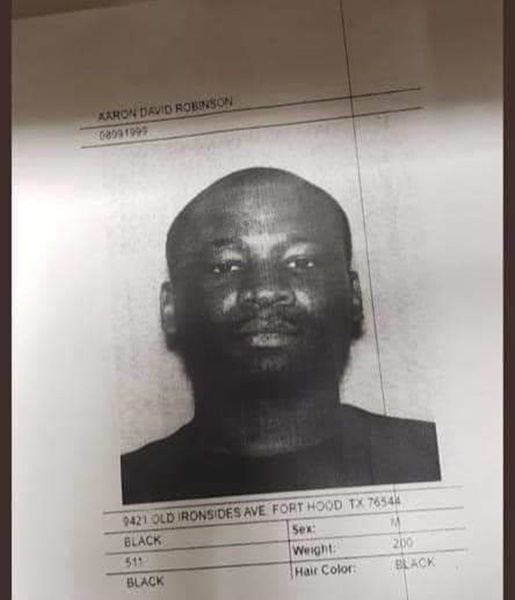 Mayra Guillen is one of the five siblings of missing United States Army soldier Vanessa Guillen. According to Mayra, she had met and spoken to the late soldier Aaron David Robinson.

The encounter took place at the Fort Hood military base in Killeen, Texas, USA where Vanessa and Robinson were both stationed. When Mayra visited the base during the search for her missing sister, she met him and felt that there was something wrong about him.

From Texas, Vanessa’s family drove to Washington, D.C. to demand a congressional investigation into wrongdoing at the Fort Hood military base. Mayra and her family’s lawyer Natalie Kahwam spoke during a press conference there.

“When I first went up to that base, that subject, I met him, not knowing that he had something to do with it,” Mayra said of Robinson. “I felt something was telling me that he did something and I wasn’t wrong apparently and apparently now, he kills himself.”

“Why?” Mayra continued. “I don’t know but whoever is responsible has to pay and we demand a congressional investigation.”

Vanessa is a private first class whose military occupational specialty is listed as a 91F, small arms/artillery repairer. She has been stationed in the Fort Hood military base since early 2020 and was last seen alive on April 22, 2020.

Robinson was an active duty junior soldier. He was a person of interest in the disappearance of Vanessa.

On June 30, 2020, Robinson fled the Fort Hood military base. He was found walking in the 4700 block of East Rancier Avenue in Killeen, which is around 10 miles from Fort Hood.

Three weeks before Vanessa went missing, she told her mother Gloria Guillen that one of her sergeants at the Fort Hood military base was sexually harassing her but did not mention his name. Robinson allegedly walked in on Vanessa while she was showering at the base and he sat down and watched her.