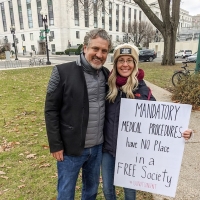 Jordan Burnette, 29, of Spuyten Duyvil, Bronx, New York City, New York, United States has been arrested by the New York City Police Department. He was charged with burglary as a hate crime.

Burnette is accused of vandalizing at least four synagogues in Riverdale, Bronx. He is expected to face “numerous charges related to the many acts of vandalism as hate crimes that have taken place in this community,” NBC New York quoted NYPD deputy inspector Jessica Corey as saying.

On April 27, 2021, Burnette allegedly targeted the Riverdale Jewish Center again. At around 3:00 a.m. on May 1, 2021, he was spotted riding a bicycle on the wrong side of the street by NYPD officers patrolling Delafield Avenue near West 246th Street in the Bronx, Riverdale Press quoted Corey as saying.

When the NYPD officers stopped Burnette, he refused to identify himself so he was taken to the NYPD station on Kingsbridge Avenue. He matched the description of the man who had been throwing rocks through windows of synagogues along the Henry Hudson Parkway in Riverdale.

The officers found a van with a broken windshield not far from where they arrested Burnette and surveillance video showed him throwing a rock through the windshield. His mugshots were not immediately released.

Founded in 1852, Riverdale contains the northernmost point in New York City. The residential neighborhood was named for its hilly region with many brooks, meadows and streams.