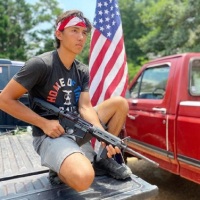 Igorot fighter Joshua Pacio had his second loss as a professional MMA fighter in Macao on Aug. 5, Saturday, at “ONE Championship: Kings and Conquerors.” On the other hand, Japanese fighter Hayato Suzuki maintained his undefeated record after defeating the Team Lakay fighter via rear-naked choke submission at 3:17 minutes of the first round.

On Aug. 6, Sunday, Mark Sangiao took to Facebook to give a message about Pacio’s loss. The Team Lakay head coach shared a photo of the young fighter with a caption, “When defeat turns us to be a more rounded and better person, then defeat is not defined as failure but triumph.”

“It’s just a part of one whole big voyage for us to emerge,” Sangiao wrote. “It’s a temporary stopover to re-examine the totality of the drive and focus on essentials and details, until the finest.”

Sangiao added that they will be “riding if not to perfection, to well-defended, finer delivery.” He ended the message saying, “To those who supported us, our outmost gratitude and thank you so much for continuously believing in us.”

However, on Oct. 7, 2016, Pacio failed to dethrone ONE strawweight world champion Yoshitaka Naito at “ONE Championship: State of Warriors.” Like Suzuki, the latter is also an undefeated Japanese fighter.

On March 11, Pacio bounced back by defeating Dejdamrong Sor Amnuaysirichoke at “ONE Championship: Warrior Kingdom” via split decision. The latter was also defeated by Naito on May 27, 2016 at “ONE Championship 43: Kingdom of Champions” via rear-naked choke submission.

Meanwhile, here is a message Pacio gave to young fighters months before the “ONE Championship: Kings and Conquerors” event:

Send your messages to Team Lakay fighter Joshua Pacio by commenting below: