Alex Wubbels: Jeff Payne was on this warpath 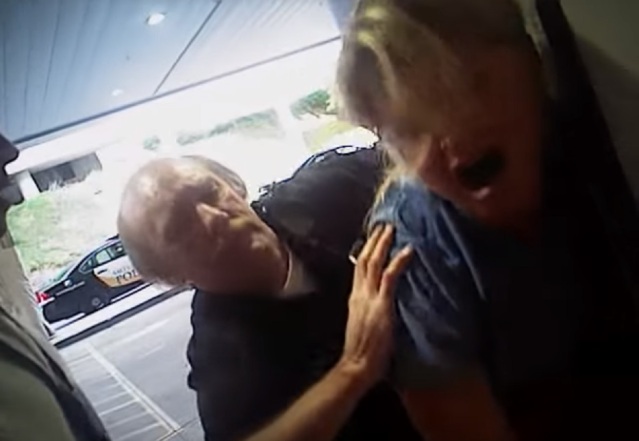 Utah nurse Alex Wubbels was joined by her attorney Karra Porter in a recent interview, in which she talked about Salt Lake City Detective Jeff Payne. Wubbels and Payne were the two persons in the controversial viral video of a cop arresting a nurse on duty.

The viral video involving Wubbels and Payne was police bodycam footage taken on July 26. On that day, the police was at University Hospital of Utah to request for blood sample from an unconscious patient named William Gray, who was sedated and in a comatose state after suffering burns during a collision in Cache County.

At the time, Wubbels was working the night shift on the burn unit at the hospital. She explained to Payne that unless there was a police warrant or Gray was under arrest, she would not allow the patient’s blood to be drawn.

According to a 2016 Supreme Court ruling, warrantless blood draws violate the Fourth Amendment. After defending the policy of the hospital and refusing to draw Gray’s blood, Wubbels was arrested by Payne.

For Wubbels, she was able to keep her cool pretty well during the encounter with Payne. She said she knew she was in a tough situation, and during the entire situation, she kept calling the detective Sir.

Wubbels and Porter acquired the police bodycam footage of Payne and released it. For the nurse, it is her duty to make her fellow nurses aware of potential malfeasance or obfuscation by some law enforcers, usually without evidence.

Upon its release, the video went viral and netizens all over the world reacted on social media through hashtags #FireJeffPayne, #NursesUnite and #IStandWithAlex.

Payne has been fired from his part-time paramedic job. His actions “violated several company policies and left a poor image of the company,” The Salt Lake Tribune quoted Gold Cross President Mike Moffitt as saying.

On Sept. 1, Gold Cross started an internal investigation into Payne’s remarks. Watch the video of Payne arresting Wubbels at the University Hospital of Utah here:

6 tips to go through a will dispute