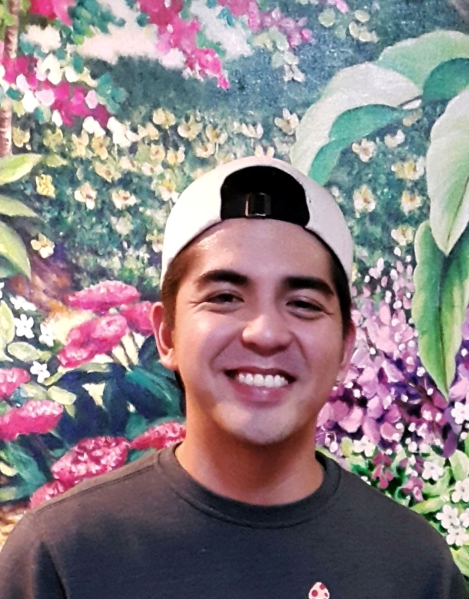 Mark Herras, 30, is one proud boyfriend to recently crowned Reina Hispanoamericana 2017 Teresita Marquez, 25. The former was present during the victory party prepared by Miss World Philippines for the latter on Nov. 13, Monday, at Annabel’s Restaurant in Quezon City, Metro Manila.

I asked Herras during the victory party about the congratulatory gift he gave to Marquez. He told me that in terms of material things, he simply gave his girlfriend her favorite flower, which is carnation.

But for Herras, the most important gift he can give Marquez is his presence. He clarified that his future plans with his girlfriend would not change and he would not get in the way of her duties as Reina Hispanoamericana 2017.

Herras rose to fame in 2003 when he became the first male winner of “StarStruck,” a reality talent competition show of GMA Network. More than a decade later, he is still one of the most active actors of the network.

Marquez is also a talent of GMA Network. He is the daughter of actors Alma Moreno, 58, and Joey Marquez, 57, brother of Miss International 1979 Melanie Marquez, 53.

On April 23, Herras and Teresita appeared as contestasts on “Follow Your Heart” Season 1 episode 1. The reality show hosted by Heart Evangelista, 32, ended on July 16.

During the victory party, I asked Teresita whether or not she was taking a break from acting. She said she would still accept acting projects during her reign as Reina Hispanoamericana 2017.

Teresita is the first candidate from Asia to join and win Reina Hispanoamericana. Here is my interview with her boyfriend: