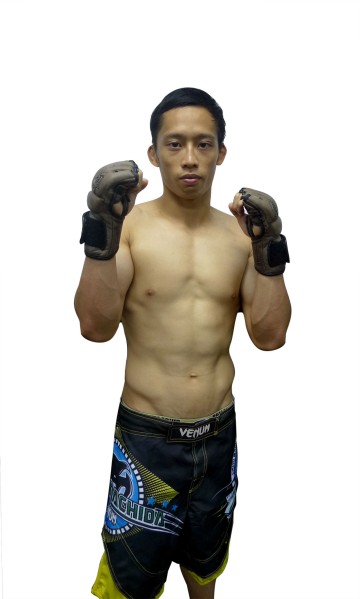 Singaporean police officer Huang Shi Hao, 25, dominated the Southeast Asian amateur mixed martial arts scene complementing his exquisite ground game with a new-found arsenal in the stand-up department. Under the Ultimate Beatdown umbrella, he aced three of his assignments, winning two bouts by submission and one by way of knockout.

“After winning three matches in the amateurs, my coaches told me that I was ready for the professional scene,” Huang stated. “Getting that thumbs up from my coaches made me so happy because I worked hard to win those bouts.”

As Huang shined on the amateur level, ONE Championship took notice of himand offered him a multi-bout contract to compete in Asia’s premier’s mixed martial arts organization. He said, “I was so happy when I got the call from ONE Championship.”

“They are the one of the biggest organizations in the world,” Huang said of ONE Championship. “As an athlete in this growing sport, it’s like qualifying in the Olympics. It’s a big opportunity for me.”

“It was difficult for me to leave my job as a policeman, but by dedicating myself fulltime to this craft, I know all will be worth it,” Huang mentioned. “Someday, I will reap the fruits of my hard labor.”

“It is an honor to compete under ONE Championship as I consider it as the best mixed martial arts organization in Asia,” Huang added. “I hope to be a ONE World Champion someday. I dedicate myself to a life of martial arts, and share the benefits that come with being a martial artist.”

On May 18, 2018, Huang will make his ONE Championship debut at “ONE: Unstoppable Dreams” at the Singapore Indoor Stadium in Kallang, Singapore where he will face Xie Bin, 20, of China in the bantamweight division. In the main event, Huang’s fellow Singaporean, reigning ONE Women’s Atomweight World Champion Angela “Unstoppable” Lee, 21, and  Mei “V. V.” Yamaguchi, 35, of Japan.

Meanwhile, here is a clip featuring Lee and other ONE Championship stars: