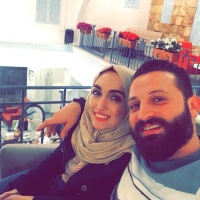 Fighting out of San Diego, California, United States, Ilima-Lei “The Ilamanator” Macfarlane, 28, is still the Bellator Women’s Flyweight Champion. She successfully defended her title at “Bellator 213.”

Referee Mike Bell put a stop to the championship bout after 3 minutes and 19 seconds in the third round. The defending champion submitted her challenger via triangle choke.

This marked the first Bellator MMA loss of Létourneau, who now has 10 wins and 7 losses. On the other hand, Macfarlane is still undefeated and now has 9 wins and 0 loss.

Macfarlane was born in Honolulu on April 2, 1990. She graduated from Punahou School in Honolulu in 2009.

In 2013, Macfarlane graduated from San Diego State University with a degree in Anthropology. She continued her education in the same university to study Master of Arts in Liberal Studies.

On January 17, 2015, Macfarlane made her professional MMA deut at “Xplode Fight Series- Hurricane” at the San Pasqual Reservation in Valley Center, California, USA. She knocked Katie Castro of California via punches after 10 seconds in the first round.

On August 28, 2015, Macfarlane made a successful debut in Bellator MMA. She won via split decision against Maria Rios, 35, of Santa Fe, New Mexico, USA at “Bellator 141” at Pechanga Resort and Casino in Temecula, California.

On November 3, 2017, Macfarlane and Emily “Gordinha” Ducote, 24, of Oklahoma City, Oklahoma, USA competed for the inaugural Bellator Women’s Flyweight Championship. The Hawaiian contender earned the title by submitting her opponent via triangle armbar in the fifth round.

It was a rematch between Macfarlane and Ducote. During their first encounter at “Bellator 167” on April 21, 2017 at Winstar World Casino and Resort in Thackerville, Oklahoma. The Honolulu native won via unanimous decision.