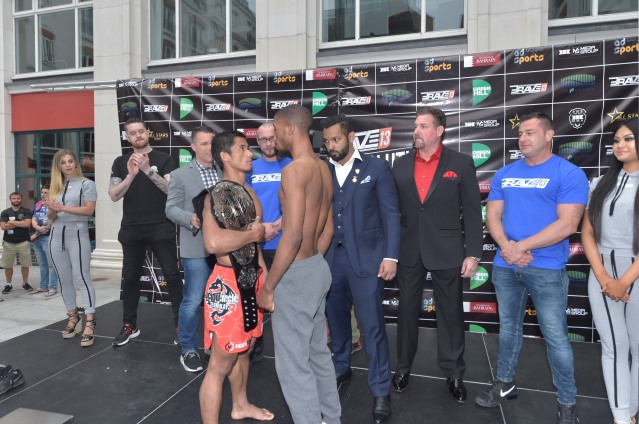 Based in Baguio City, Philippines, Team Lakay is one of the top mixed martial arts teams in Asia. Many fight fans are curious about the team and want to know what sets it apart from other teams.

“Just the idea of who thinks first,” Brave Combat Federation president Mohammed Shahid said in an interview in Makati City, Metro Manila, Philippines. An MMA fighter himself, he made history as the first fighter from Bahrain to compete in an international event.

“Am I better than any MMA fighter in Bahrain? No,” Shahid pointed out. “I just thought first to be an MMA fighter. I started first. So I started training hard and then tomorrow, I’ll have my student looking at me, training hard.”

Shahid suggested that the same is true for Team Lakay. The Brave CF president noted that the team has accomplished a lot but it does not mean other teams cannot do the same.

“There’s so much other talents in the Philippines internationally and nationally who are at par with (Team) Lakay (fighters) competing at that level,” Shahid said. “I think it’s about who thinks what first and that’s where it makes a difference.”

For Shahid, Team Lakay has a system that can be followed by the rest of the MMA teams in the Philippines. Other gyms can even use the team as their motivation to accomplish the same if not more.

MMA teams look up to Team Lakay as the pinnacle but to first team to consider crossing it may be able to do so, according to Shahid. He added that the roller-coaster ride in MMA is common.

“Today, somebody is big, tomorrow…” Shahid noted. “You’ve seen MMA events even in the UFC. You had a team that was the biggest at one point, and today, you won’t even see one champion from there.”