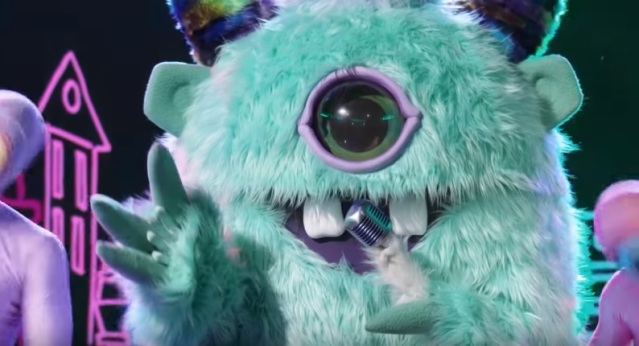 The Monster was one of the five mystery celebrity singers who performed in “The Masked Singer” Season 1 episode 8 titled “Semi Finals: Double Unmasking,” which aired on February 20, 2019 on Fox. He competed against the Peacock, the Lion, the Rabbit and the Bee.

In the Monster’s clue reel, which shows a board game with a football on it, he keeps referencing games. While he has been vilified and persecuted, he is sick of “putting on a front,” he said.

According to the Monster, having his identity stripped has brought him the comeback he’s been in search of for a decade. The panel wildly guessed he could be either Sean Penn or Russel Crowe.

Scherzinger was in tears when the Monster sang “Stay with Me” by Sam Smith. Released on April 14, 2014, the song was from Smith’s debut studio album “In the Lonely Hour.”

Smith co-wrote “Stay With Me” with James Napier and William Phillips. Tom Petty and Jeff Lynne were later credited as co-writers because the song is melodically similar to their song “I Won’t Back Down,” which was released in April 1989.

For Scherzinger, the Monster’s performance of “Stay With Me” is one of her favorite performances on the show. For Thicke, it was a Grammy-worthy performance.

Deep down, the Monster is a father, a husband, as son and a brother, he said. He added, “More than anything, I’m a person.”

Thompson believed the Monster has not only a Grammy-winning voice but also an acting or comedy background so he could be Jamie Foxx. McCarthy guessed Calvin Harris, but her co-panelists disagreed.

Thicke guessed Darius Rucker. Thompson added that the Monster sounded like CeeLo Green when he was speaking but not when he was singing.

Watch the Monster sing “Stay With Me” here:

Tagged as: Sam Smith, Stay With Me, The Masked Singer