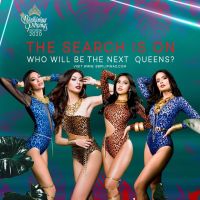 Team Lakay’s Geje Eustaquio vs Yuya Wakamatsu at ‘ONE: Dawn of Heroes’ in Manila, Philippines

Former ONE Flyweight World Champion Geje “Gravity” Eustaquio, 30, of the Philippines is one of the Team Lakay warriors set to compete at “ONE: Dawn of Heroes.” The Igorot mixed martial artist will face Yuya “Little Piranha” Wakamatsu, 24, of Japan.

Taking place at the SM Mall of Asia Arena in Pasay City, Metro Manila, Philippines on August 2, 2019, “ONE: Dawn of Heroes” will feature kickboxing, Muay Thai and MMA matches. Eustaquio and Wakamatsu will compete in a ONE Flyweight World Grand Prix alternate bout.

Originally, Wakamatsu was set to face Reece “Lightning” McLaren, 27, of Australia at “ONE: Dawn of Heroes.” However, the Australian fighter, who is of Filipino descent, replaced former ONE Flyweight World Champion Kairat “The Kazakh” Akhmetov, 31, of Kazakhstan as the opponent of Danny “The King” Kingad, 23, of the Philippines in the ONE Flyweight World Grand Prix semi-finals on the same card.

Akhtemov had to withdraw from the tournament due to injury. He defeated McLaren in the quarter-finals at “ONE: A New Era” on March 31, 2019 in Tokyo, Japan.

Also at at “ONE: A New Era,” Kingad defeated Senzo Ikeda, 36, of Tokyo in another quarter-final bout. Like Eustaquio, Kingad is training out of Team Lakay in Baguio City, Philippines.

Eustaquio is one of the top flyweights in ONE Championship who has faced the creme of the crop in the division. In his most recent outing, he outpointed promotional debutante Kyu Sung Kim, 26, of South Korea to win by unanimous decision.

Currently, Eustaquio holds a professional record of 12 wins and 7 losses. On the other hand, Wakamatsu has 10 wins and 4 losses.

Wakamatsu is an aggressive knockout artist with shocking power with nine of his 10 victories coming by way of knockout. He is a force to be reckoned with at flyweight.

“ONE: Dawn of Heroes” gives Wakamatsu a chance to earn his first ONE Championship victory. When he made his promotional debut on September 22, 2018 at “ONE: Conquest of Heroes” in Jakarta, Indonesia, he lost to Kingad.