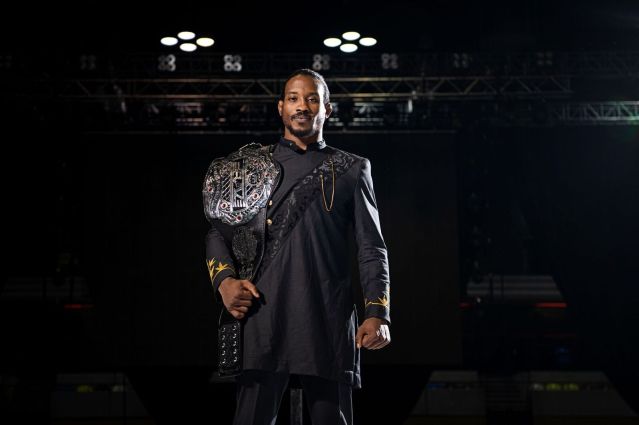 American mixed martial artist Bubba “Bad Man” Jenkins, 31, defended his Brave Combat Federation Featherweight World Championship title on July 25, 2019 with a dominant performance against Lucas “Mineiro” Martins, 30, of Brazil in the main event of “Brave 24: London.” It is an occasion that connected the highest-level of VIP personalities to world-class MMA action in an exclusive, invite-only show.

After the biggest victory of his career, Jenkins was appreciative of the chance to fight in front of 300+ VIP businessmen, politicians, celebrities and influencers. He also talked about His Highness Sheikh Khalid bin Hamad Al Khalifa’s vision for the sport and said he was supportive of what’s in store for the next few years at Brave CF and beyond.

“I’m behind Brave CF all the way and Brave CF is behind me all the way so this is the perfect marriage!” Jenkins stated. “I’m so proud to be a part of this organization. His Highness Sheikh Khalid has come through, he has shown me his vision and I’m so supportive of it.”

“It’s not even a matter of being a poster boy for the promotion or saying stuff I need to say,” Jenkins continued. “I genuinely feel that this is something special and I’m so happy to have fought in this show. There was a reason I waited a bit longer to defend my belt and I’m truly happy that I was able to do it in London in front of that amazing crowd.”

Jenkins is looking to add another belt to his resume after defending his title for the first time. He is eyeing either a return to lightweight to take on reigning Brave CF Lightweight World Champion Luan “Miau” Santiago, 24, of Brazil or a drop-down to bantamweight to take on reigning Brave CF Bantamweight World Champion Stephen “The Sniper” Loman, 23, of the Philippines.

Here is Jenkins in his “Brave 24: London” post-fight interview: