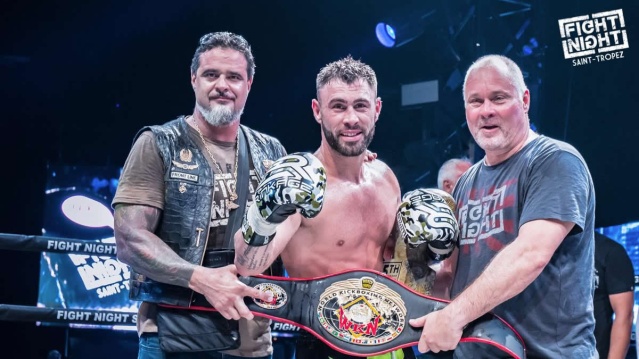 Fighting out of Lyon, France, Yohan Lidon, 36, will defend his World Kickboxing Network (WKN) World Super Middleweight Championship belt in the main event of “La Nuit des Challenge 19” in Saint-Fons, France on December 14, 2019. It will be the fifth time he is defending the title.

Lidon claimed the prestigious WKN strap on May 19, 2016 by knockout in the fourth round against Karapet Karapetyan, 36, of Nijmegen, Netherlands at “Capital Fights” in Paris, France. On August 4, 2016, the Frenchman made his first successful title defense scoring a unanimous decision against Danijel “Fresh Prince” Solaja, 26, at the VIP event “Fight Night Saint Tropez 4” in St. Tropez, France.

It was a redemptive win for Lidon. He lost via unanimous decision to Kongolo at “Glory 42: Paris” on June 10, 2017 in Paris.

The fifth kickboxer to try to dethrone Lidon as the reigning WKN World Super Middleweight Champion has yet to be announced. The title bout is set for five three-minute rounds under oriental rules.

Born on May 7, 1983, Lidon has been competing professionally since 2002. He holds a professional kickboxing record of 98 wins, 39 losses and 1 draw.