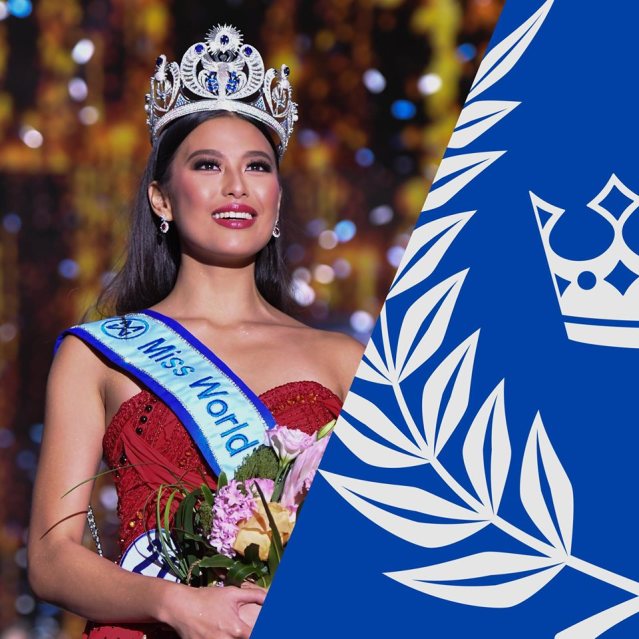 Representing Makati City, Metro Manila, Philippines, Dee competed in Miss World Philippines 2019 against 39 other candidates. Five other titles were given.

During the competition, Dee wore a dress by Francis Libiran. Aside from the Miss World Philippines 2019 title, she also won four sponsor awards namely Miss Myra E, Miss Bench and Miss GCOX, Miss Blue Water Day Spa, which she shared with Banks, and Miss Best Skin by Cathy Valencia Advanced Skin Clinic, which she shared with with Day.

Dee made it to the Top 22 by winning the sports challenge, which was one of the seven fast track events. She was a finalist in the beach beauty and top model challenges.

Representing the Philippines, Dee will compete against more than 100 women from around the world in Miss World 2019. Miss World 2018 Vanessa Ponce of Mexico will crown her successor at the ExCel London in London, England, United Kingdom on December 14, 2019.

If Dee wins, she will become the second Miss World from the Philippines. The first one was Megan Young, 29, who was crowned Miss World 2013 at Bali Nusa Dua International Convention Center in South Kuta, Bali, Indonesia on September 28, 2018.

Born in Makati City, Dee is the daughter of actor Derek Dee and Miss International 1979 Melanie Marquez, 57. Michelle is the cousin of Winwyn, whose father Joey Marquez, 61, is the elder brother of Melanie.

Michelle earned her bachelor’s degree in Psychology from the De La Salle University in Manila. Here is a quick question and answer session with her months before Miss World Philippines 2019, which marked her first ever national beauty pageant: