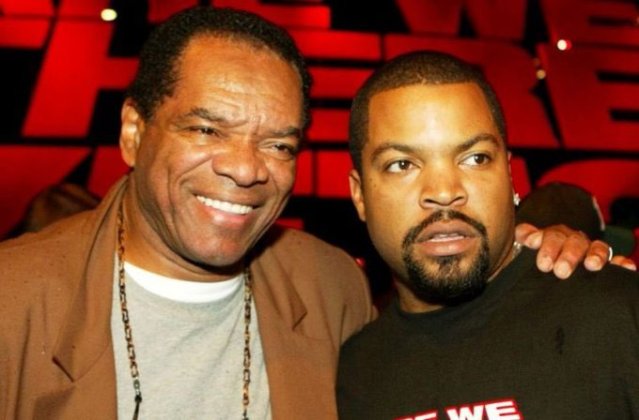 Actor and comedian John Witherspoon died at his home in Sherman Oaks, California, United States on October 29, 2019. He was 77.

One of the celebrities mourning Witherspoon’s death is O’Shea Jackson, 50, who is professionally known as Ice Cube. The rapper, actor, producer, director and writer took to Twitter to honor the late actor and comedian.

I’m devastated over the passing of John Witherspoon. Life won’t be as funny without him. pic.twitter.com/gtmiZiEppP

In 1995, Ice Cube and Witherspoon co-starred in “Friday,” which marked the directorial debut of F. Gary Gray. The stoner comedy film was written by Ice Cube and producer, voice actor, rapper, screenwriter, actor and director Mark Jordan, 50, who is professionally known as DJ Pooh.

In 1988, Witherspoon married Angela Robinson. They have two children.

In 1998, Ice Cube and Witherspoon co-starred in the crime comedy film “I Got the Hook-Up.” The sequel was released in July 2019.

In 2003, Witherspoon starred in “The Tracy Morgan Show.” In 2004, he was nominated as an Outstanding Supporting Actor in a Comedy Series at the BET Comedy Award.

On March 28, 2008, Witherspoon’s comedy tour premiered on Showtime Network. In December 2011, he performed his stand up comedy act at the Funny Bone comedy club at Harrah’s Casino in Tunica, Mississippi, USA.

For the last time, Witherspoon and Ice Cube will co-star in a film as they are in the cast of “Last Friday,” the fourth and final installment in the “Friday” franchise. Here are more tweets about Witherspoon’s passing:

REST IN LOVE, Pops! Although John Witherspoon was most notably known for his roles in “Friday,” “Next Friday,” “Last Friday,” and “The Boondocks,” he made you laugh till’ your sides hurt in every role he played. Here’s a thread of pure funny. ⬇️ #JohnWitherspoon #RIP pic.twitter.com/V3Y4vzCdP3

I’m absolutely shattered at the news of my great friend John Witherspoon passing. May love surround his entire family and fan base – a comedy legend we’ll never forget. 🙏💜 pic.twitter.com/PqO0nysZTj

John Witherspoon.
This man WAS Black Entertainment.
This nigga made you LOVE every character he played.
This man had charm.
True Legend. Rest In Peace King.
This hurt. pic.twitter.com/cSD1ZTv5JE

here's a supercut of john witherspoon eating food in movies just because pic.twitter.com/nSE7qihmtl

Wave To Uncle Bernie For All Us. The Comedic World Will Never Be The Same 💔🕊 Rest In Peace John Witherspoon pic.twitter.com/6Nb6YOidEO