Will Cuba’s Gustavo Balart earn his first ONE Championship win at ‘ONE: Masters of Fate’ in the Philippines? 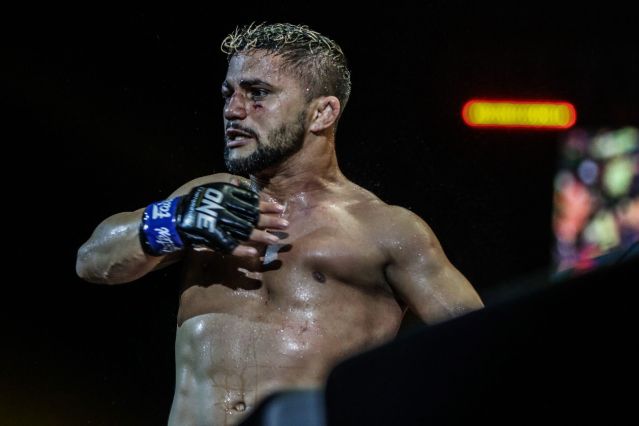 Gustavo “El Gladiador” Balart, 32, of Santiago de Cuba, Cuba is competing in the Philippines for the second time. The Cuban wrestler and mixed martial artist is one of the 28 ONE Championship athletes on the “ONE: Masters of Fate” card, which features 10 MMA bouts and four Muay Thai matches.

ONE Championship will hold “ONE: Masters of Fate” at the SM Mall of Asia Arena in Pasay City, Metro Manila, Philippines on November 8, 2019. In the fifth bout of the evening, Balart will compete in an MMA match in the strawweight division against Robin “The Ilonggo” Catalan, 31, of Iloilo City, Philippines.

Both Balart and Catalan are coming out of a loss. The Filipino contender was knocked out by Pongsiri “The Smiling Assassin” Mitsatit, 23, of Chiang Mai, Thailand at “ONE: Warriors of Light” at the Impact Arena in Bangkok, Thailand on May 10, 2019.

Also at the Impact Arena, Balart lost to Chan Rothana, 33, of Phnom Penh, Cambodia via unanimous decision at “ONE: Dreams of Gold” on August 16, 2019. They competed in the flyweight division.

“I felt I won the fight and a rematch will leave no room for doubt that I am the better fighter,” Balart said in a statement obtained by Conan Daily via his manager Jonathan Butterfield. “I respect Chan and he is a strong athlete and tough opponent but he had no answers for my wrestling. If we fight again, I will get the finish.”

“Unfortunately in the first fight with Chan, I ruptured my meniscus in training leading up to the fight,” Balart continued. “It hurt my performance, especially my stamina, but I am looking forward to showing the fans of ONE Championship what I am capable of next time. Whoever I fight, I will give my heart and soul to put on a show.”

If Balart beats Catalan at “ONE: Masters of Fate,” it will be the Cuban MMA fighter’s first victory in ONE Championship. It marks his third outing in the promotion.

It was also at the SM Mall of Asia Arena where Balart made his ONE Championship debut. On April 12, 2019, he lost via unanimous decision to Tatsumitsu “The Sweeper” Wada, 30, of Yamanishi, Japan in a ONE Flyweight World Grand Prix quarterfinal bout at “ONE: Roots of Honor.”

Born on February 10, 1987 in Santiago de Cuba, Balart represented Cuba at the Summer Olympics in London, England in 2012. In the men’s 55kg class of Greco-Roman wrestling, he defeated Ayhan Karakuş of Turkey but lost to Choi Gyu-Jin of South Korea.

As an MMA fighter, Balart has been competing professionally since 2015. Here is a clip from his ONE Championship debut:

How to better understand a different culture without travelling

How to take proper care of your air conditioning system