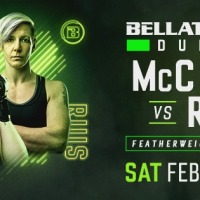 During the media day, select media members and esports fans had the opportunity to meet with ONE Esports’ top executives and hear news about the direction of the company moving forward. The ONE Championship subsidiary officially announced the ONE Esports Singapore Major, scheduled for June 20-28, 2020.

“Leading esports events are increasingly becoming a motivation for travel and we look forward to welcoming all Dota 2 players and fans to Singapore, starting with the World Pro Invitational this December,” Ng stated. “The Majors are key milestones in the global esports tournament calendar, and we are pleased to host the Singapore Major next June. This will not only profile Singapore as a destination of choice but augment our ambition to develop Singapore as a premier tourism and esports hub.”

Organized with PGL Esports, the ONE Esports Dota 2 Singapore World Pro Invitational will take place at the Singapore Indoor Stadium from December 20-22, 2019. A total of US$1,000,000 and 15,000 Dota Pro Circuit (DPC) points will be up for grabs for participating Dota 2 pro teams.

The three-day competition features some of the best players, teams, on-air talent, and cosplayers in Dota 2. Teams will compete for a share of the US$500,000 prize pool and the honor of being the first ONE Esports Dota 2 Invitational champion.

Four of the 12 teams in the competition have previously won Dota 2’s most prestigious event The International (TI) and nine teams have competed at a previous TI. In addition, 11 of the on-air talent have cast or performed observer roles at TI, and four cosplay performers have won awards at a TI or a Major.

Also, the ONE Esports Dota 2 Jakarta Invitational will take place at the Indonesia Convention Exhibition (ICE BSD) in Jakarta, Indonesia from April17-19, 2020. There will be open qualifiers where teams from all across Southeast Asia get the chance to represent their respective countries and compete against the world’s best Dota 2 teams.