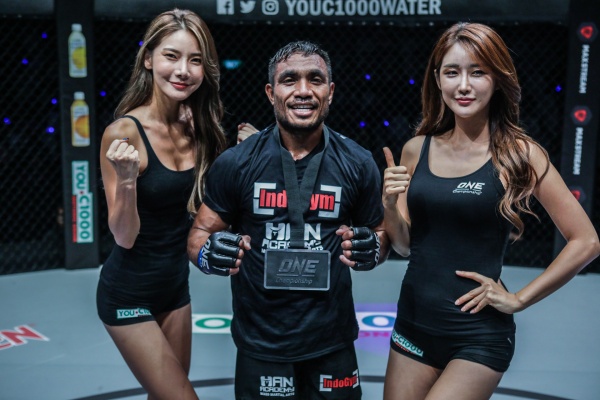 Timor Leste and Indonesia will be represented at “ONE: Warrior’s Code,” the first ONE Championship event to take place in Indonesia in 2020. Among the other countries to be represented are Australia, Brazil, Cambodia, China, Cyprus, England, Italy, Japan, Moldova, the Netherlands, Russia, South Korea, Thailand, the United States and Vietnam.

ONE Championship will hold “ONE: Warrior’s Code” at the Istora Senayan in Jakarta, Indonesia on February 7, 2020. Featured on the fight card are not only mixed martial arts fights but also ONE Super Series contests, which are kickboxing and Muay Thai bouts.

Among the MMA fights is between Indonesian MMA fighters Abro “The Black Komodo” Fernandes, 29, and Achmad Eko “Electrical Knock Out” Priandono, 26. They will compete in the bantamweight division.

Fighting out of Timor Leste by way of Indonesia, Fernandes has been competing professionally since 2015 and he joined ONE Championship in 2018. He is training out of Han Academy and IndoGym.

Fernandes was born on May 2, 1990 and grew up in Luro, Timor Leste. He is the oldest of the nine children of Adao Soares and Joaquina Soares, who are both farmers.

Eventually, Fernandes moved to Solo, Central Java, Indonesia to have his MMA training. Now, he holds a professional MMA record of 8 wins and 2 losses and “ONE: Warrior’s Code” marks his fourth ONE Championship bout.

Born on December 19, 1993 in Indonesia, Priandono has been competing professionally since 2017. He is training out of Saint Electra MMA and he now has 6 wins and 1 loss.

Priandono is making his ONE Championship debut at “ONE: Warrior’s Code.” He previously competed in One Pride MMA and is riding a five-bout winning streak.

Headlining “ONE: Warrior’s Code” are Petchmorakot Petchyindee Academy, 26, of Thailand and Jamal “Kherow” Yusupov, 36, of Russia. They will compete for the inaugural ONE Featherweight Muay Thai World Championship.