Alexander Gustafsson: Khamzat Chimaev vs Jarrah Al-Selawe at ‘BRAVE CF 37’ will be biggest fight of 2020 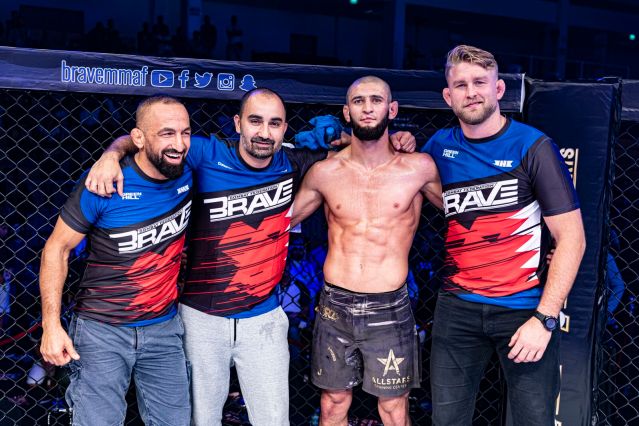 Mixed martial arts legend Alexander “The Mauler” Gustafsson, 33, of Sweden was the first to announce the main event of “BRAVE CF 37,” the first ever BRAVE Combat Federation event to take place in his home country. It will be between his countryman Khamzat “Borz” Chimaev, 25, and Jarrah “The Jordanian Lion” Al-Selawe, 26, of Jordan.

Al-Selawe is the reigning BRAVE CF Welterweight Champion. His challenger is one of the main training partners of Gustafsson, who competed in the Ultimate Fighting Championship from 2009 to 2019.

For Gustafsson, this will be the biggest fight of the year 2020. On January 31, 2020, he took to Instagram to express his excitement.

The Wolf vs The Lion! The biggest fight this year in Sweden. Lets do it 🥇 @akfightingchampionship @bravemmaf @fightpharm

BRAVE CF will hold “BRAVE CF 37” at the Solnahallen in Stockholm, Sweden on April 18, 2020. For this event, the Bahrain-based mixed martial arts promotion partnered with AK Fighting Championship.

“BRAVE CF 37” marks the ninth BRAVE CF fight of Al-Selawe, who is considered the number one pound-for-pound MMA fighter in the Middle East. He will make the first defense of his second reign as world champion.

Al-Selawe currently holds a professional MMA record of 14 wins and 3 losses. On the other hand, Chimaev is an undefeated fighter with 6 wins and 0 loss.

Chimaev is considered the biggest prospect in Europe. He made his professional MMA debut and BRAVE CF debut in 2018.

The main event of “BRAVE CF 37” will have intense repercussions on BRAVE CF and in the world rankings as a whole as two of the best athletes of their divisions meet in their prime. The complete fight card has yet to be announced.

This makes Sweden the 20th country to host a BRAVE CF event. Meanwhile, the promotion’s top knockouts in 2019 here: