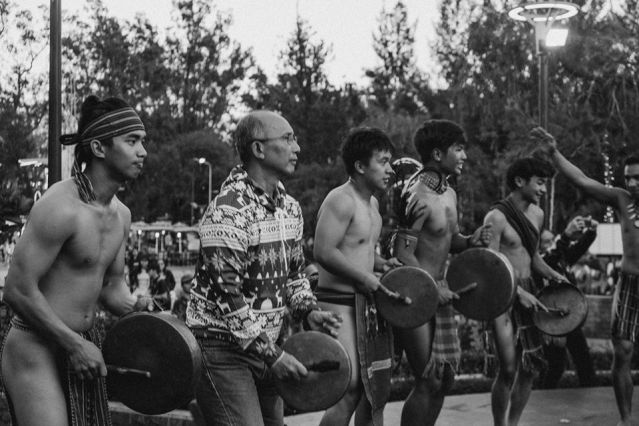 Baguio City, Philippines is sharing some valuable lessons while many countries are struggling to find a way to survive and beat the new coronavirus (COVID-19) pandemic. Dubbed the Summer Capital of the Philippines, the city has not reported a new case of the deadly viral disease for 11 straight days.

COVID-19 patients in the Philippines are given respective numbers as their names and only a few, most of which are celebrities, were willing to reveal their identities. It is a different case in Baguio City.

On April 8, 2020, Baguio City mayor Benjamin Magalong shared how the city battled against COVID-19 in an interview with the CNN Philippines show “The Source” hosted by Pinky Webb. He explained how naming the patients and using AI technology for mass testing helped the city successfully control the spread of the virus and consequently flatten the curve.

The Philippines’ Data Privacy Act of 2012 does state that the processing of sensitive personal information, such as a person’s health condition, and privileged information is prohibited. However, there are six exceptions.

Processing sensitive personal information is legal if the person has given his or her consent. It is also not unlawful if it is necessary to protect the life and health of the data subject or another person.

According to Magalong, some COVID-positive patients in Baguio City were hesitant to come out at first but they eventually changed their mind. He said, “Transparency is actually key to earlier detection, key to contact tracing, key to prevention.”

The health frontliners who served as the contact tracing team members in the city were given a crash course on investigative and interviewing skills. Magalong told Webb, “What we did was to make sure each contact tracer is being supported by an investigator and then we also came up with an analytical tool to enhance their contact tracing ability.”

One of the challenges the Philippines is facing amid the COVID-19 pandemic is the limited supply of test kits despite the country’s willingness to do mass testing. On April 2, 2020, National Task Force COVID-19 chief implementer Carlito Galvez announced that the mass testing of the persons under investigation (PUI) and persons under monitoring (PUM) in the country is expected to start on April 14, 2020.

In Baguio City, health officials used an artificial intelligence CT scan analysis system. It only takes around 7 minutes for the CT scan to detect a viral infection in the patient.

The regular testing kit used in the Philippines would take days before giving the results. Some patients even die before the results were made available.

“Once we detect a viral infection, we immediately isolate the patients,” Magalong shared. “We immediately launch the contact tracing. That’s very critical and that’s a big help in our COVID-19 campaign.”

Originally, the Philippine government scheduled the community quarantine in Metro Manila from March 15, 2020 to April 14, 2020. But because the COVID-19 numbers are not decreasing, the quarantine is extended until April 30, 2020.

While Baguio City is showing good signs, residents of Quezon City, Metro Manila have yet to shed tears of joy. Known as the City of the Stars as it is where most Filipino celebrities reside, the latter is one of the areas in the country with the highest number of COVID-19 cases.

In terms of population and land area, Quezon City is the largest city in Metro Manila. Its current mayor is Joy Belmonte.

“We ask our barangay captains and city officials to set aside differences and distribute food packs to the most affected families,” Belmonte in a statement. “Favoritism and politics have no place during this time of need. Food packs should be given to those in need, regardless of political affiliation and preference.”

In terms of population, Quezon City is much bigger than Baguio City but the local government and health officials of the former have a lot to learn from their counterparts in the latter. Once Baguio City is totally free from COVID-19, it should deploy its frontliners in Quezon City to help it flatten the curve the shortest time possible.