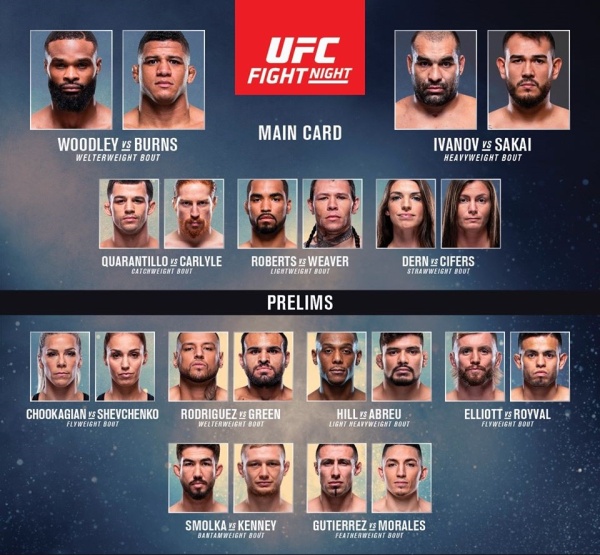 Fighting out of Los Angeles, California, United States, Mackenzie Dern, 27, was one of the winners at “UFC on ESPN 9.” It was the Brazilian-American mixed martial artist’s third victory in the Ultimate Fighting Championship.

Dern made her UFC debut in 2018. The first two opponents she defeated in the promotion were Ashley Yoder and Amanda Cooper.

Featuring 11 professional MMA matches, “UFC on ESPN 9” took place at the UFC Apex in Las Vegas, Nevada, USA on May 30, 2020. In the seventh bout of the evening, Dern fought Hannah “Shockwave” Cifers, 27, of Wake Forest, North Carolina, USA in the women’s strawweight division.

Jason Herzog served as the referee. He put a stop to the strawweight contest when Dern submitted Cifers via kneebar at 2 minutes and 36 seconds of the first round, which was the first ever leglock submission by a female fighter in the UFC.

“It’s a good step forward in making history and showing my potential,” Dern said in her post-fighter interview. “That’s really what I wanted.”

Winning at “UFC on ESPN 9” improved Dern’s professional MMA record to 8 wins and 1 loss. On the other hand, Cifers now has 10 wins and 5 losses.

Brazil, Bulgaria, Kyrgyzstan, Peru and the U.S. were represented at “UFC on ESPN 9,” which was held amid the new coronavirus (COVID-19) pandemic. Dern and Cifers were two of the 27 fighters who represented the U.S.

In the main event, Gilbert “Durinho” Burns, 33, of Niteroi, Rio de Janeiro, Brazil defeated Tyron “The Chosen One” Woodley, 38, of St. Louis, Missouri in the welterweight division via unanimous decision. Burns and Dern won the Performance of the Night bonuses.

In the co-main event of the evening, Augusto Sakai, 29, Curitiba, Parana, Brazil and Blagoy “Baga” Ivanov (Благой Иванов), 33, of Sofia, Bulgaria battled it out in the heavyweight division. The Brazilian contender won via split decision.