All Thomas Lane did was hold George Floyd’s feet: Lawyer 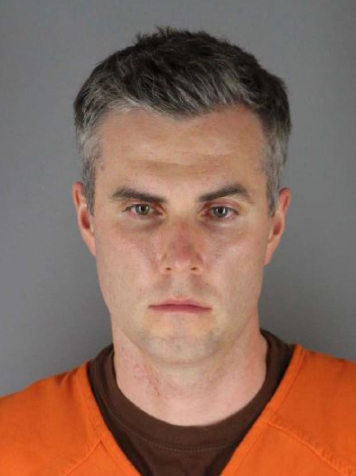 On June 4, 2020, Lane, Kueng and Thao made their first appearances in Hennepin County District Court in Minneapolis, Minnesota, United States. None of the three former Minneapolis Police Department officers spoke, according to KARE 11.

On May 25, 2020, Chauvin knelt on Floyd’s neck for 8 minutes and 46 seconds at 3759 Chicago Avenue in Minneapolis while Lane and Kueng were holding the arrestee’s feet and back, respectively. More than an hour later, the arrestee was declared dead in the Hennepin County Medical Center in Minneapolis.

All Lane did was hold Floyd’s feet so the arrestee could not kick, The Minnesota Star Tribune quoted Gray as saying. The lawyer emphasized that his client, who was worried that Floyd might be in delirium, asked Chauvin twice if they should roll the arrestee over.

“What was my client supposed to do but follow what his training officer said?” Gray asked. “Is that aiding and abetting a crime?”

Both Lane and Kueng were rookie cops while Chauvin and Thao were veterans. The Minneapolis Police Department fired them on May 26, 2020.

According to the criminal complaints filed against the former Minneapolis Police Department officers, Lane suggested to Chauvin that Floyd should be rolled over. However, Lane failed to take actions to assist Floyd, change his position or reduce the force they were using against the African-American arrestee.

Floyd  did not have a pulse when the paramedic checked several times in the ambulance. Lane jumped into the ambulance performed CPR on him.

“He did everything he was supposed to do as a police officer,” Gray said of Lane. “What was he supposed to do? Let go of his feet and go grab Chauvin and shove him off?”