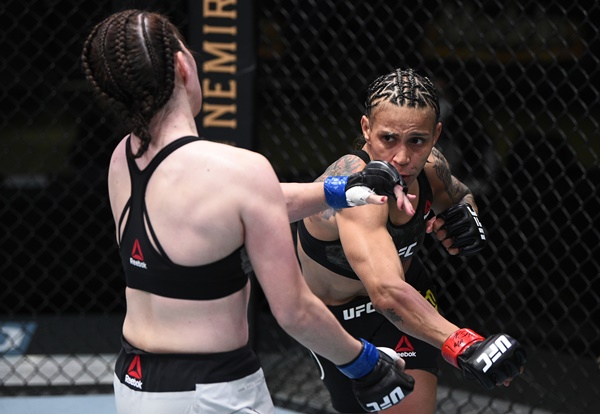 Amanda Lemos, 33, of Belem, Para, Brazil has earned her second victory in the Ultimate Fighting Championship. The Brazilian mixed martial artist was one of the winners at “UFC on ESPN 15,” also known as “UFC Vegas 7.”

Jason Herzog served as a referee. After three five-minute rounds, the strawweight contest was left in the hands of the judges.

In the end, Herzog raised the hand of Lemos, who was declared the winner via unanimous decision. Here are the details:

“UFC Vegas 7” marked Lemos’s third UFC bout while it was Inoue’s second outing in the Las Vegas-based MMA promotion. The first opponent the Brazilian MMA fighter defeated in the promotion was Miranda Granger.