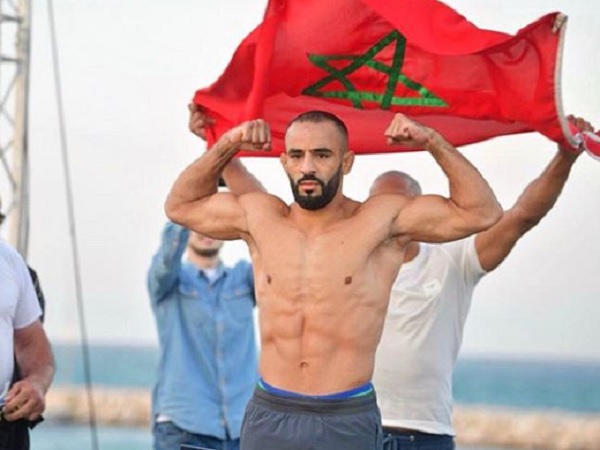 Ottman “Bulldozer” Azaitar, 30, was one of the winners at “UFC Fight Night 177,” also known as “UFC on ESPN+ 35” or “UFC Vegas 10.” Fighting out of Morocco by way of Germany, the undefeated mixed martial artist earned his second victory in the Ultimate Fighting Championship.

Featuring 12 MMA matches, “UFC Vegas 10” took place at the UFC APEX in Las Vegas, Nevada, USA on September 12, 2020. In the co-main event of the evening, Azaitar fought Khama “The Deathstar” Worthy, 33, of Pittsburgh, Pennsylvania, USA in the lightweight division.

Azaitar knocked out Worthy in the first round. Here are the details:

Competing professionally since 2014, Azaitar made his UFC debut at “UFC 242” on September 7, 2019 at the Du Arena on Yas Island in Abu Dhabi, United Arab Emirates. The Moroccan-German MMA fighter knocked out Teemu Packalen, 33, of Turku, Finland.

It’s official, see you on 12th September in LasVegas in schaa allah 🙏🏽 may allah give us the victory 💪🏾

Azaitar and Kevin “The Hard-Hitting Hillbilly” Croom, 33, of Columbia, Missouri, USA were the recipients of the Performance of the Night bonuses. The main event, a women’s strawweight bout between Michelle “The Karate Hottie” Waterson, 34, of Albuquerque, New Mexico, USA and Angela “Overkill” Hill, 35, of San Diego, California, USA was the Fight of the Night.

"At the end of the day, it's a fight. It's not dancing. It's not playing or something else."@OttmanAzaitar scored another first-round knockout and was proud to compete in the co-main event. #UFCVegas10 pic.twitter.com/nuIc5TKJD4