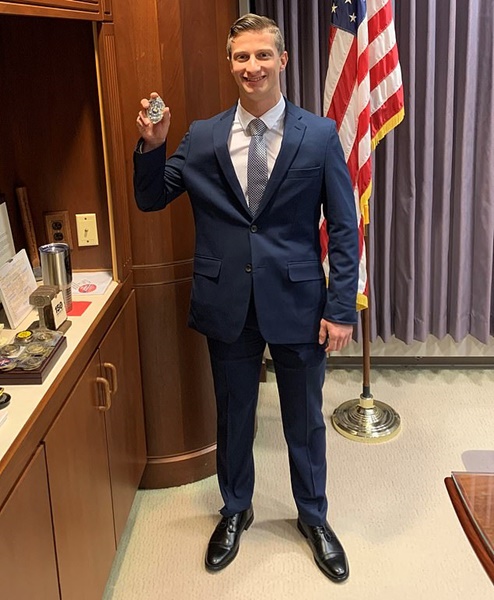 On August 31, 2016, Zacharek wrote in the Iron March forum that working as an emergency medical technician (EMT) “really opened” his eyes to “the diseased culture of blacks and progressives more generally.” He also wrote, “Once my notion of equality was thrown out the window, everything else followed.”

In the same post, Zacharek declared that the research he has done “alongside WWII reenacting was the final nail in the coffin.” He explained, “Realizing that the Germans were fighting against Judeo-Bolshevism and the world banking elite was a real eye opener.”

Working as an EMT, Zacharek was exposed “to the vile ‘culture’ of the African” and learned that everything he had been taught on race had been “a flimsy fabrication which was not supported by real world evidence,” he wrote on September 1, 2016. In the same post, he wrote, “I would now say that I am fully NatSoc, and I’m especially interested in NatSoc economics as a way of throwing off the chains of usury and Jewish owned banking.”

According to Zacharek, he was “a garden variety conservative libertarian” when he was younger. Here are 13 more things about him:

(This is a developing story. More details will be added as soon as they are available.)

Friday evening we received information through a post on social media, an investigation was initiated into a complaint regarding Recruit Officer Joseph Zacharek. As a result of the investigation his employment has been terminated. https://t.co/a2RtLrPYmb