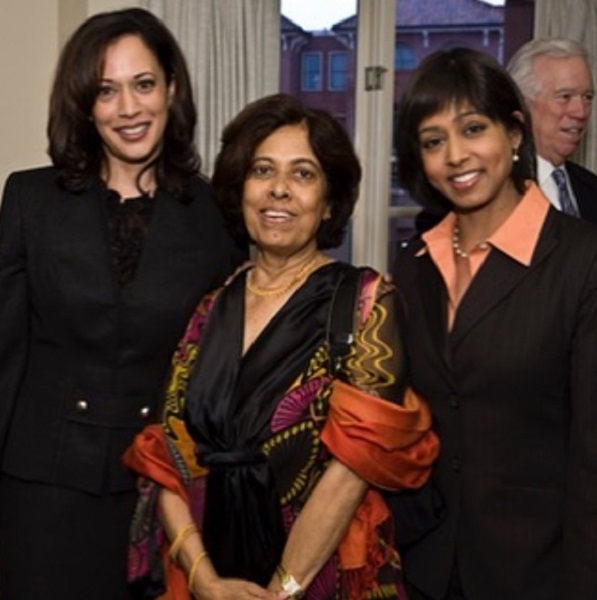 Kamala Devi Harris is an American politician of Jamaican and Indian descent. A member of the Democratic Party, she was the running mate of Joe Biden in the 2020 United States presidential election.

My mother was very intentional about raising my sister, Maya, and me as strong, Black women. She coupled her teachings of civic duty and fearlessness with actions, which included taking us on Thursday nights to Rainbow Sign, a Black cultural center near our home. ⁣ ⁣ There we were always greeted with warm hugs and exposed to extraordinary people like Shirley Chisholm, Nina Simone, and Maya Angelou who helped show us what we could become. This #BlackHistoryMonth, I want to lift up my mother and the community at Rainbow Sign who taught us anything was possible, unburdened by what has been.