Giorgio Petrosyan vs Nong-O Gaiyanghadao in ONE Super Series in 2021?

A superfight between Nong-O Gaiyanghadao, 34, of Thailand and Giorgio “The Doctor” Petrosyan, 33, of Italy may happen in 2021. Both are champions in ONE Championship’s striking-only league ONE Super Series.

On February 16, 2019, Nong-O became the ONE Muay Thai Bantamweight World Champion by defeating Han Zi Hao of China. The Thai champion went on to defend his belt successfully four times between 2019 and 2020.

On October 12, 2019, Petrosyan became the inaugural ONE Kickboxing Featherweight Grand Prix Champion. He defeated Samy “AK47” Sana, 30, of France and Algeria in the final round of the tournament at “ONE: Century 世紀” at the Ryogoku Kokugikan in Tokyo, Japan. 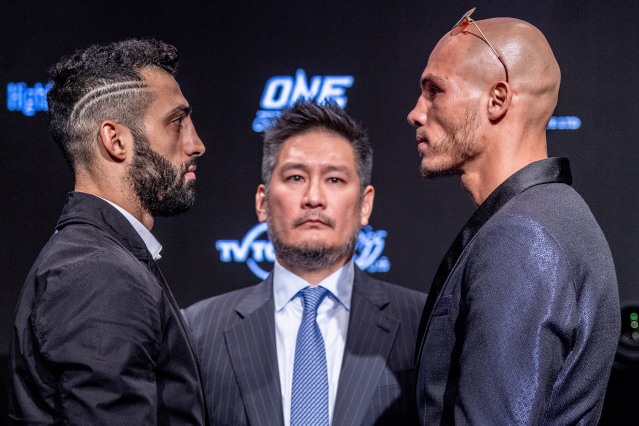 Rodlek PK.Saenchai Muaythaigym, 30, of Thailand challenged Nong-O at “ONE: Collision Course.” It was the challenger’s sixth ONE Super Series bout and the defending ONE Bantamweight Muay Thai World Champion’s seventh outing in the league.

Featuring four MMA fights, one Muay Thai match and one kickboxing contest, “ONE: Collision Course” was held at the Singapore Indoor Stadium in Kallang, Singapore on December 18, 2020. The audience in attendance was limited due to the new coronavirus (COVID-19) pandemic.

The title bout between Nong-O and Rodlek was the co-main event of the evening. Olivier Coste served as the referee.

Coste put a stop to the title bout in the third round when Nong-O knocked out Rodlek via right cross. Right after the win, the champion said he wanted to fight the best and called out Petrosyan.

Winning at “ONE: Collision Course” improved the professional Muay Thai record of Nong-O to 262 wins, 54 losses and 1 draw. It marked the second time he knocked out a challenger via right cross in ONE Super Series.

It was Rodlek’s second loss in ONE Super Series. He now holds a professional Muay Thai record of 129 wins, 42 losses and 5 draws.

Eight countries were represented at “ONE: Collision Course” namely Cambodia, China, Japan, Romania, Russia, Thailand, Ukraine and the United States. Nong-O and Rodlek were two of the three fighters who represented Thailand.

“ONE: Collision Course” was the second to the last ONE Championship event held in 2020. Dom Lau served as the cage announcer while Steve Dawson and Mitch Chilson were the commentators.