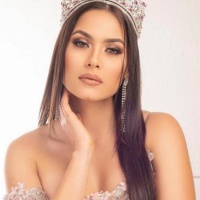 Abelaine “Abby” Saunar Trinidad, 23, of Bacoor, Cavite, Philippines was declared the center girl of MNL48 in the Filipino idol girl group’s third generation. The announcement was made on “It’s Showtime” on February 20, 2021.

MNL48 is the fourth international sister group of the Japanese idol girl group AKB48, which was formed in 2008. The first one was JKT48 of Jakarta, Indonesia, formed in 2011, followed by BNK48 of Bangkok, Thailand and SNH48 of Shanghai, China, which were formed in 2012 and in 2017, respectively.

The first general election of MNL48 happened on April 28, 2018 also on “It’s Showtime.” Trinidad ranked second with 1,151 votes while Shekinah Arzaga, 20, of Quezon City, Metro Manila, Philippines was the center girl with 1,867 votes.

Arzaga ranked fourth while Trinidad was fourth in the second general election. The results were announced on April 27, 2019 at ABS-CBN Vertis Tent in Quezon City.

On January 27, 2019, Trinidad one of the 10 MNL48 members selected to join the inaugural AKB48 Group Asia Festival in Bangkok. She returned in the second edition of the festival in Shanghai on August 24, 2019 along with seven other MNL48 members.

On July 29, 2019, Trinidad received her first solo project as one of the hosts of Moshi Moshi Hokkaido. She was one of the main cast members of “Seikimatsu Blue,” a film released in Japan in December 2019.