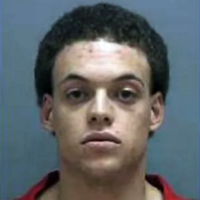 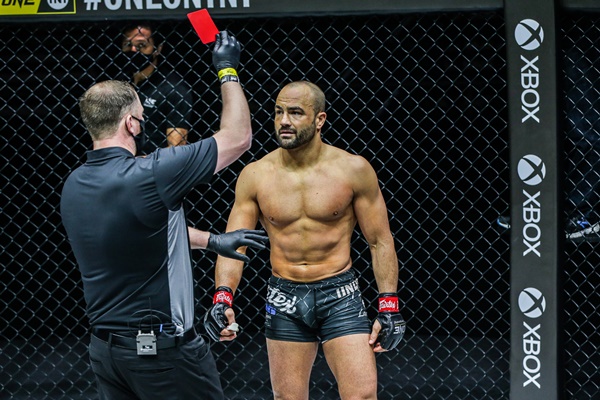 Edward “Eddie” Alvarez, 37, of Philadelphia, Pennsylvania, United States had mixed emotions right after his disqualification at “ONE on TNT 1” in Singapore. While he felt bad for himself, he also felt bad for Iuri Lapicus, 25, of Moldova and Italy.

“ONE on TNT 1” took place at the Singapore Indoor Stadium in Kallang, Singapore on April 7, 2021. In the co-main event of the evening, Alvarez and Lapicus battled it out in the lightweight division.

Justin Brown served as the referee. He put a stop to the lightweight contest after 1 minute and 2 seconds in the first round.

Few seconds later, Brown gave Alvarez a red card due to illegal punch to the back of the head. Meanwhile, Lapicus was taken off on a stretcher and was sent to the hospital.

White inside the cage for a post-fight interview with Rich Franklin, Michael Schiavello and Mitch Chilson, Alvarez expressed his concern for Lapicus. The fighter from Philadelphia said, “I hope Iuri is totally fine ’cause this game is so dangerous and all I care about is that everybody in here sincerely is safe.”

Visibly emotional, Alvarez said he had been in that situation where Lapicus was in at that time. The Philadelphia native said, “I’m praying for Iuri right now and I hope he’s fine.”

During the post-fight press conference about an hour later, Alvarez mentioned Lapicus’s safety again. The former Ultimate Fighting Championship and Bellator MMA champion said, “All that matters is Iuri’s safety, that’s it, right now, that he’s gonna be okay.”

On the other hand, Alvarez is adamant that he did not hit Lapicus with an illegal punch. For the former, it is understandable that people could make wrong decisions within seconds during such situations when emotions are high.

“I went back to my room and I was able to watch the clip of the fight and see everything and it was a bad call on the referee’s side,” Alvarez said. “The American media is on uproar right now and so are the American fans and I’m gonna respectfully ask them to look back at the video and reverse the call.”

ONE Championship has yet to announce whether or not Alvarez’s disqualification at “ONE on TNT 1” will be overturned. Here are his post-fight press conference statements:

Tagged as: Eddie Alvarez, Iuri Lapicus, ONE on TNT 1