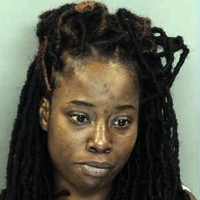 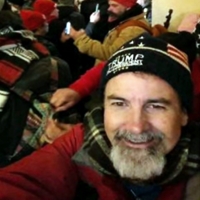 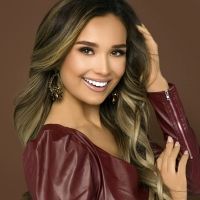 The dates of the alleged incidents have spanned from 1965 to 2008 in one province in Canada and 10 states in the U.S. On June 30, 2021, Cosby was released to his home in Philadelphia after the Pennsylvania Supreme Court overturned his conviction.

Also on June 30, 2021, Philip Andre Rourke Jr., 68, of Miami Beach, Florida, USA, professionally known as Mickey Rourke, took to Instagram to reveal that a woman he dated in the 1990s was also victimized by Cosby. Here is Rourke’s statement copied verbatim with typos fixed:

I have a short honest-to-God truthful story. On the left is a photograph of a notorious very evil rapist of young women for nearly three decades. On the right is a photograph of 50 women who testified against him and they bravely did so to get justice to themselves and others. In this country, there’s two sets of rules- one for the rich and famous and another set of rules for everyone else.

Over 20 years ago, I was dating a young girl. I believe she just turned 19 and we just started going out. And one night, when she was sleeping over in my house, in the morning, I woke up because I heard her crying. I had no idea why and the more I kept asking her what was wrong, the more severely she started to cry harder and harder. To be honest, when I kept asking her, “Sweetheart, what’s wrong? Talk to me. Talk to me,” her crying got so hard she was gasping to breath. I put my arms around her and I said, “Please, please talk to me.”

At that moment, I started to think about the worst because during that period of time, my little brother Big Joe got diagnosed again with cancer so of course, the first thing that came to my mind was, “Oh, no. She’s gonna tell me that she has some kind of tumor or something.”

Finally, she sat up on the edge of the bed with the sheet wrapped around her shoulders. There was a chair a few feet away that she got up and sat in and she continued crying. I got on my knees in front of her and was holding her and said, “You have to tell me whatever it is. Just tell me what’s wrong.”

“Well, I can easily help you with that. I have all kinds of connections all over town.”

I begged her to speak to me. Finally, after about 15 minutes, she slowly through her tears and crying said that something really bad happened. I said, “What, sweetheart? Just please tell me.”

This young girl was very beautiful and she was a very successful working model at the Elite model agency, which one was the best model agency around by that time. She then told me that her agency sent her and several other models to a celebrity event. At this event, she said she met the famous comedian Bill Cosby who was very very popular by that time.

She expressed to Cosby that she was thinking about taking acting classes and was hoping one day she’d become an actress. Cosby said to her, “Well, I can easily help you with that. I have all kinds of connections all over town. Why don’t you give me your phone number and I give you mine and one day this week, you can come over and have dinner with me and my wife and I can help you with getting into the acting business.”

A few days later, in the evening, she went to Cosby’s house by herself. He answered the door and walked her into the living room. One of the first things he said to her was, “My wife’s not here right now. She had some sort of business to attend to.”

They began to have dinner together and talk about acting. He said, “Let me get us a lil wine.”

“Let’s make a toast for your future career.”

When he got back from the kitchen, he had one glass of wine for himself and one for her and he said, “Let’s make a toast for your future career.”

And as the minutes passed, he continued to encourage her to drink more and more wine. For a few minutes later, they continued to talk about acting and about 15 minutes after that, she said she started to feel very lightheaded and a little nauseated. She started also to feel frightened at this point and gradually started to feel more panic because she didn’t feel her normal self. She finally said, “I need to go home. I don’t feel okay.”

And he was taking her hand and pushing her and said, “You gonna be okay. You need to relax.”

Then she said, “I really wanna go home.”

And he stood up and pushed her shoulders and said, “You have to stay here. You gonna be fine.”

Then from behind, he reached his hands down and started to grab her breast. Then she got frightened and when she stood up, she was a little wobbling. He then grabbed her around her waist and put her down on the floor and got on the top of her. Then tearfully, with much fear, she said, “What are you doing? Why are you doing this to me?”

He just smiled and said, “Come on. You gonna like this.”

This particular girl was at least 6’0″ tall, young and strong. She managed frantically to push the son of a bitch off her. She ran to the door then struggled to the door for a moment or two. She ran outside and was several feet away from her car but he tackled her from behind then he got on top of her and he was sitting on her stomach and he tried to pin her arms to the ground. She then was screaming and he was trying to cover her mouth. Somehow, she got up and got into her car.

“Who’d believe me? He is a big famous star and I’m nobody.”

She was only my girlfriend for like three weeks but what I can I remember was that this happened several months before, not on my watch.

I said to her, “Did you call the police? Did you tell anybody?”

She said, “I never told anyone.”

I was looking at her out of my mind saying, “Why didn’t you tell somebody?”

Her answer was, “Who’d believe me? He is a big famous star and I’m nobody.”

I think it was about that time I put my fist to the wall. If she was my girl at that time, I’d kick his fucking door down and beat his ass to a bloody pulp but I’ll never forget those words, “He’s a famous big star and I’m nobody.”

About three years when all these women started to come forward, I hadn’t spoken to this girl in 20 years. I got a number from an old friend of hers. I called her. Of course, it was an uncomfortable conversation, especially when she said to me, “Mickey, that was a long time ago. I don’t want to get involved in all this and I don’t remember a lot of it.”

I said, “Listen, if you come forward, I’ll stand by you.”

And she said, “I don’t wanna talk about these.”

And it was the end of our conversation. I was angry. I am sure I threw a few things across the room.

By the next day, my anger turned to disappointment. Maybe it’s just me but I remember every fucking word she said to this day and I just wanna say with the exception of my own childhood, I never saw another person so broken and traumatized than the morning she told me this story.

When I heard they let this son of a bitch out jail today, I’ve been sick to my stomach all afternoon. I usually do two hours of exercise every morning but after an hour, when I saw in the news that he got out after serving two or three years, I couldn’t finish my other hour.

The 50 brave women whose photograph’s on the picture here, you can probably double or triple that amount.

I guess people are different when they’re abused and traumatized. To an extent, I can understand that. Well, he used to be rich and famous but now, he’s just a rapist living in shame but when you can do such horrible things to so many, I don’t believe these kind of people live with empathy, guilt or shame. I hope when he’s walking down the stairs in his house, he falls and breaks his fucking neck.